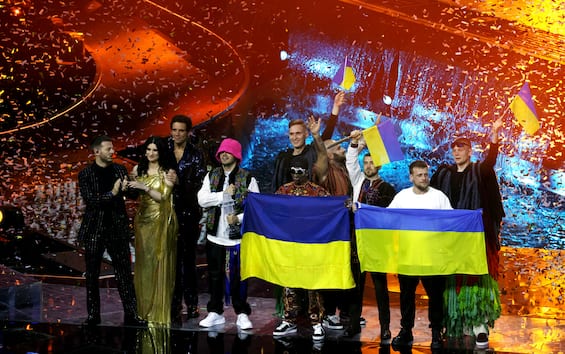 L’Eurovision Song Contest it will never be the same. As announced last Tuesday by the European Broadcasting Union (EBU), the European music competition, which between 9 and 13 May 2023 will welcome challengers from 37 countries for the 67th edition in the British city of Liverpool, has revolutionized the rules on the voting system with three big changes. First i finalist countriesso far selected in the two semi-finals based on the combination of the jury vote and the public vote, will be chosen only by spectators. There jury of music industry professionals will express their preferences only in the finalin synergy with i votes from the public around the world, the latest exceptional novelty of the next edition. For the first time in Eurovision history, in fact, viewers from non-participating countries will be able to vote for their favorite songs both in the semi-finals and in the final, with votes added up and converted into points which will acquire the same weight as a single participating country.

JUSTICE IN THE COMPETITION

The reduction of the jury’s role in defining the fate of the participating countries follows the irregularities emerged during the Turin 2022 edition, when the six countries of Azerbaijan, Georgia, Montenegro, Poland, Romania and San Marino agreed on reciprocal votes, then cancelled. As reported by the Guardian Sietse Baker, a member of the focus group and former producer of the event, tweeted: “Following the unprecedented voting irregularities we have seen this year, we have been looking for ways to protect the integrity of the competition. The problem occurred in the semi-finals, this was the best way to finish it. Furthermore, the difference between those who qualify thanks to the public vote and who thanks to the public + jury vote is minimal”. Bakker also underlined that the success of Eurovision also derives from the fact that “nothing is set in stone forever. It changes, evolves and adapts” to become “stronger than ever”. To the detractors of the reform, according to whom the new system would risk producing unfair results, Bakker finally replied that “it is right, simply not objective. No measure is, in a competition that is ultimately judged by the right personnel of people and, in the case of juries, by the professional evaluation of artistic elements”.

The extension of the judgment to the public of countries all over the world, which surpasses even the controversial admission of Australia in the 2015 competition for innovation, instead pursues the objectives of reflecting the globalization of the musical event followed by 160 million spectators and further increase its popularity. “Everyone who watches the show, wherever they live in the world, can cast their votes for their favorite song,” he explained. Martin Österdahl, executive supervisor of Eurovision. The combination of the votes of the jury and spectators will thus guarantee an evaluation of the final result based “on the broadest possible criteria”.

Due to the Russian invasion of Ukraine and the lack of security conditions theEurovision 2023which in the last edition saw the triumph of Kalush Orchestra with the song tribute to the mothers of the country Stephaniewill take place in the UK, home of runner-up Sam Ryder.