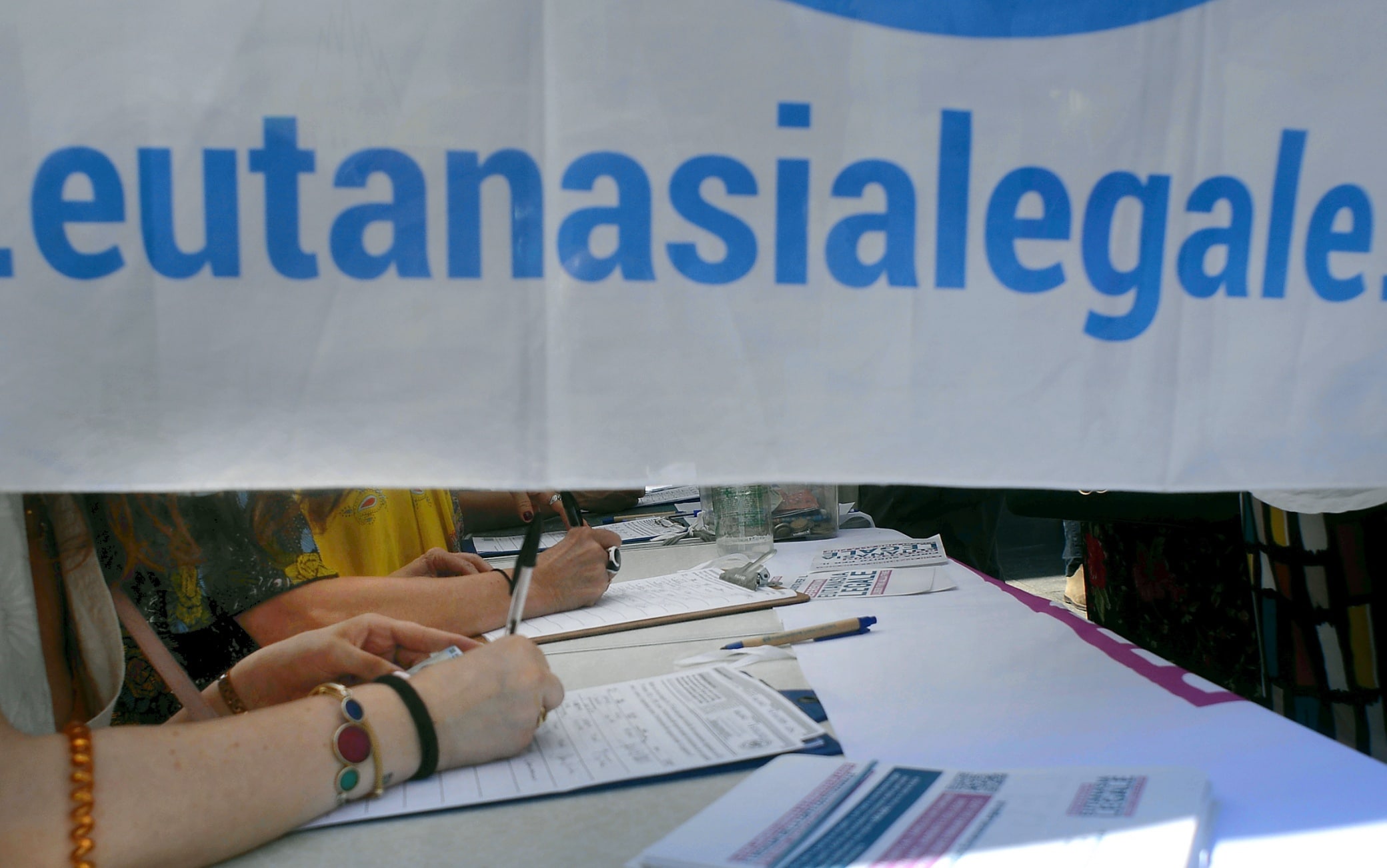 On February 15, 2022 the Constitutional Court rejected the referendum on euthanasia, declaring the question proposed by the Coscioni Association and supported by various associations and some parties inadmissible. (THE REACTIONS – THAT’S WHY IT WAS REJECTED). The possibility of defining a law on the end of life passes back to Parliament, where a popular initiative law proposal on assisted suicide has been filed since 2013: on 9 February it returned to discussion in the House. Since 2017, the so-called passive euthanasia has been legal, i.e. the suspension of treatments for which the patient can refuse all treatments (including nutrition and hydration) that serve to keep him alive. While passive euthanasia is legal in almost all European countries, it is not the same for active euthanasia and assisted suicide. This is what the situation is in Europe.

The first country to legalize it: Holland

The Netherlands was the first to legalize direct euthanasia and assisted suicide, by passing a law in 2002. Holland was the forerunner, subsequently, also with the approval of the “Groningen Protocol” which establishes the criteria to be respected for carry out infantile euthanasia.

The standards in Belgium and Luxembourg

Belgium was the first country to follow the example of Holland. In 2003 it legalized euthanasia and in 2016 it extended it to minors. Luxembourg passed the law legalizing euthanasia in 2009, becoming the third country in the European Union to decriminalize it.

Spain was the fourth European country and the seventh in the world to decriminalize active euthanasia, passing the law in March 2021. Passive euthanasia and assisted suicide have been decriminalized in Spain since 1995. The law was one of the flag battles of the socialist government of Pedro Sanchez.

Switzerland provides for both indirect active euthanasia (taking of substances whose secondary effects can reduce the duration of life), and passive euthanasia (interruptions of the care and maintenance devices), and assisted suicide. Deadly drugs can also be prescribed to foreign nationals, as long as the patient plays an active role in administering the drug. The latter practice was chosen in 2017 in the case of Fabiano Antoniani, also known as DJ Fabo.

The Leonetti law in France

With the Leonetti law of 2005, France introduced the concept of the right to “let die” (the so-called passive euthanasia), which authorizes doctors to administer palliative care to relieve pain. In 2019, the case of Vincent Lambert returned to the fore in the transalpine country, the quadriplegic in a vegetative state at the center of a ten-year legal battle, who has become a symbol of the debate on euthanasia in France. After a long legal battle, which also divided family members, the doctors decided to suspend treatment and nutrition. Lambert died on July 11.

The assisted suicide debate in Britain

Euthanasia is illegal across the UK, but there is an ongoing debate on a new bill to decriminalize assisted suicide. At the moment, any person caught carrying out assisted suicide commits a crime and can therefore be sentenced for instigation to commit suicide up to 14 years in prison. In November 2021, the assisted suicide law passed to second reading in the House of Lords. It aims to legalize the practice for terminally ill and mentally able adults in their last six months of life.

No to euthanasia in Portugal

In Portugal both passive and active euthanasia are prohibited, but an ethics committee is allowed to interrupt the heavier treatments in some desperate cases, with the exclusion, however, of hydration and nutrition.

In Denmark and Norway all forms of euthanasia are illegal. Finland provides for passive euthanasia in its legal system. Active euthanasia is also prohibited in Sweden, while assisted suicide is tolerated.

The assisted suicide law under discussion in the House stems from a popular initiative proposal filed in 2013 and reformulated several times. It provides the possibility for the patient to self-administer the lethal drug prescribed by a doctor, which is not punishable. The text also includes conscientious objection by doctors and previous palliative care by the patient to alleviate suffering. The bill first arrived in Parliament in December 2021. In 2018, the Constitutional Court called on Parliament to legislate on the issue. With regard to the Dj Fabo case, in 2019 the Council with sentence 242 recognized the right to medically assisted suicide and impunity for those assisting suicide. The sentence applies in the case of people kept alive by treatments and suffering from an irreversible pathology, a source of intolerable physical or psychological suffering, but fully capable of understanding and willing. In 2021 the Luca Coscioni association launched a collection of signatures for the euthanasia referendum which collected more than 1.2 million subscriptions. The question asked to decriminalize the murder of the consenting party, with some exceptions and within precise limits. The Council considered the referendum inadmissible because, “following the abrogation, albeit partial, of the law on the murder of the consenting party, to which the question aims, the minimum constitutionally necessary protection of human life would not be preserved”.