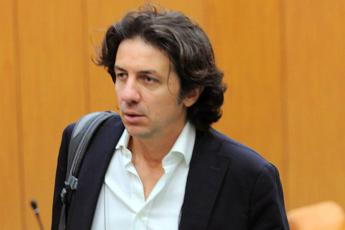 Marco Cappedtreasurer of the Luca Coscioni association, crossed the threshold of the barracks in via Fosse Ardeatine in Milan to report himself after accompanying Mr. Romano to Switzerland, 82 year old resident in Peschiera Borromeo, suffering from a severe form of Parkinson’s and not kept alive by life support treatments. Cappato is accompanied by the lawyer Filomena Gallo.


This is the same barracks where last August Cappato reported himself for having accompanied Mrs Elena terminally ill with cancer to Switzerland and where five years ago he presented himself in the case of DJ Fabo, Fabiano Antoniani, an assisted suicide which gave the start of the discussion on the end of life.

Capped now he risks a new charge. “Compared to last August for the help provided to Elena Altamira, I have not yet received any communication on the possible or not indictment by the Court of Milan. I have been interrogated, but to date there is no deed or communication, no decision,” explained Cappato as he entered the barracks.

“With the Civil Rescue association, of which I am the legal manager, we have already committed to helping other people. In particular, one of them who already in the month of December always has an appointment in ‘exile of death’. We took the commitment to help him, more and more people are contacting us”, he announces. Cappato did not want to reveal whether he, or someone else, will accompany this person to die in Switzerland in December.