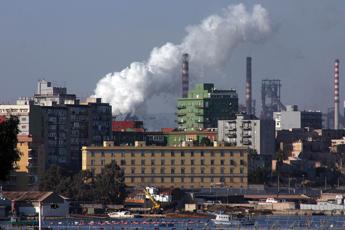 It closed with a no agreement the procedure for requesting cigs for 12 months by Steelworks of Italy: company and trade unions in fact, have not found the square on the total number of workers to be returned under the umbrella of social safety nets until the end of 2022. The 3,000 announced by the Group in recent weeks are too many, but the 2,750 of the latest mediation is also insufficient that Acciaierie offered in the negotiation. But to break the table, in reality, after 9 hours of stop and go, between restraints and technical breaks, the announcement by theCEO of the company, Lucia Morselliarrived at the table in the early afternoon, to want to conclude the reorganization in 2025 and not already in 2023 thus profiling a new cycle of cigs to reintegrate all workers no longer upon reaching 6 million tons of steel but to that of 8 million tons / year which, according to the group’s plan, should be reached in 2025.


A postponement of the final finish that infuriated Fim Fiom Uilm and Uglm who then raised their hands: it is not possible to produce up to 8 million tons of steel without increasing the number of personnel, was the reasoning. Not only. To the 3 thousand structural redundancies, i.e. in cigs, the 1700 workers in layoffs of Ilva in extraordinary administration are added to the unions, waiting to be hired by the ‘parent company’ who thus sell further lengthening the times of a return at work. “5,000 unacceptable redundancies” calculates the Uilm leader, Rocco Palombella at the end of the evening.

Now the Boccino is in the hands of the Minister of Labor, Andrea Orlando which must express itself on the request of Cigs but which could also decide to bring the unions back to the table for avoid a split between the parts of a group that sees a strong presence of the state in the shareholding structure. Meanwhile, from Uilm, which today had already proclaimed a 4-hour strike in Taranto, a new warning has come: “we will implement every initiative to defend the workers and to guarantee environmental rehabilitation and the industrial future”.

The behavior of Acciaierie d’Italia on the other hand “is incomprehensible”, continues Palombella, who asks the government “what it intends to do, if it can allow all this”. And if the Fim talks about “a great missed opportunity” to relaunch industrial relations after “having done everything possible to bridge the gap with Acciaierie d’Italia”, per Fiom “it becomes more and more urgent to start the table with the Government on the future corporate structure and on the contents and timing of the industrial and environmental plan”, says the leader Francesca Re David reiterating that “full employment and the protection of workers in extraordinary administration remain a fixed point for us”. A lost opportunity also for the Uglm that points the finger at a company “perched on its positions”. (By Alessandra Testorio)