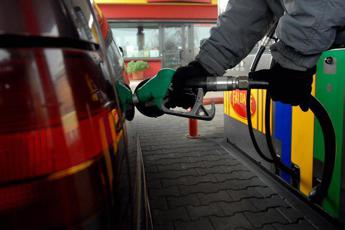 Faib: “Mobile excise duty is a positive element but not sanctions linked to the obligation to display the average price”

After the signature of the President of the Republic, Sergio Mattarella, it was published in the Official Gazette the decree law which contains urgent provisions on the transparency of fuel prices and strengthening the control powers of the Guarantor for price surveillance, as well as support for the use of public transport.

MOBILE EXCISE – The decree provides for the green light for the reactivation of the mobile excise system introduced by the 2008 budget. The cut in excise duties can be adopted if the price “increases, on the average for the previous two months, with respect to the reference value, expressed in euros, indicated in the last economic-financial planning document presented”. The decree also “must take into account any decrease in the price compared to that indicated in the economic-financial planning document, on average for the previous four-month period”.

SANCTIONS – “We take note of this text published in the Gazette. We are examining it and will evaluate it carefully, but at a first reading there are no changes expected on the basis of the commitments undertaken in yesterday’s meeting, perhaps due to the tight times that the government has had. The text needs to be improved during the conversion” comments Giuseppe Sperduto, president of Faib Confesercenti.

“The introduction of the mobile excise duty, which we have requested several times over the years, is a positive element. But we certainly do not appreciate the sanctions – in our opinion very heavy – linked to the obligation to display the average price, which we continue to consider a completely useless measure for the purpose of containing fuel prices. On Tuesday there is the second meeting with the Government – adds Sperduto – and in that meeting we will face this problem and the most important problems of the fuel network, on which we have been asking for a discussion for some time. The hope is that the executive will be in a position to be able to meet the expectations that operators have, especially as regards the fight against the current enormous fiscal and contractual illegality, which costs the State a total of around 15 billion euros each year. Resources to be recovered in the interest of all”.

WHAT’S IN THE DECREE – More powers to Mr. Prices. The decree published today in the Official Gazette and which will enter into force tomorrow provides, in fact, for the “strengthening of the powers of the guarantor for price surveillance”, which “where necessary for the purposes of its surveillance interventions on the territory, works in conjunction with the observatories and with the regional price offices, counters or similar names, if established by regional law”. Furthermore, “it avails itself of the collaboration and of the data collected by Istat which are made available to the Guarantor for price surveillance upon specific request”.

Then comes a new Commission of alert. “In order to monitor the dynamics of the prices of consumer goods deriving from the trend of the costs of energy products and raw materials on international markets, the Commission for rapid alert surveillance is established, without new or greater burdens for public finance The Guarantor – reads the text of the decree – can convene the Commission to coordinate the activation of the monitoring tools necessary to identify the reasons for the anomalous dynamics of prices on the market chain. Commission are not entitled to fees, attendance fees, reimbursement of expenses or other emoluments however denominated”.