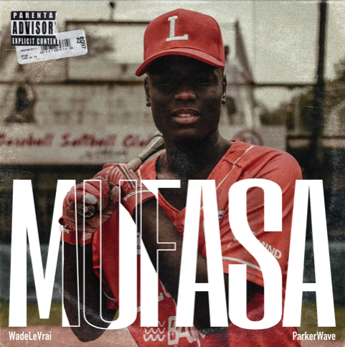 The young rapper of Italian-Senegalese origin was released last July 29 with the single ‘Mufasa’, a mix of sounds, words and rhythms that bounce between Italy, France and the African continent

Telling one’s reality in a different way from others. This is the main goal that WadeLeVrai, a young rapper of Italian-Senegalese origin, would like to achieve with his songs. Class of 2003, born in Magenta but raised in the nearby town of Corbetta, deep in the Milanese hinterland, Wade decided to embark on his path in the world of music for just under a year. “I grew up – he says in Adnkronos – with the pillars on which the current Trap and Hip-Hop music scene in Italy rests like Sfera Ebbasta and Izi, even if I am very inspired by various artists of the French Urban scene”.


The will to experiment and play with sounds, words and rhythms that bounce between Italy, France and the African continent are the basic elements of his music. “In my opinion – underlines the artist – there is also something to learn from what I say and write because in my pieces there are things that maybe a Western person does not live or even know, perhaps out of fear. One is always afraid of all that which concerns culture and, more generally, the African continent. In my opinion, on the other hand, you can learn something new just by getting in touch with it “.

The mix of these sounds, atmospheres and rhythms so close and far from Italy are the basis of ‘Mufasa’, the new single by the young Italian-Senegalese artist released on July 29th for Elektra Records / Warner Music Italy. Wade defines his latest musical effort as “a straight leg entry. Together with my producer, we wanted to make an Afro-Banger piece with a refrain capable of immediately entering your head and never letting go of you even through puns between phrases in Italian and French. I use this language differently from many other artists. I also compose entire sentences in French, not just inserting a single word in a verse that sounds good at that moment. ”

The text of the song, in addition to mixing his background of multicultural sounds, represents his desire to establish himself as an artist and as a person. “As a goal, the first thing I want to do – he underlines – is to make my parents stop working. To be honest, I don’t see music only as an outlet for making money. I want to fix my family, help others also through charity “.

No limits to experimentation. Only the will to break the mold but also any kind of political ideology. To a question about his eventual performance at a right-wing demonstration, Wade simply replies “why not? There’s nothing bad. In the end, if you don’t share certain ideals, you don’t necessarily have to go against them. I do not share your thought: full stop ”.

The Italian-Senegalese artist concludes by describing his music as “new, fresh and rhythmic”, able, through a unique sound and rhythm, “to transmit different vibes and emotions for many people”.