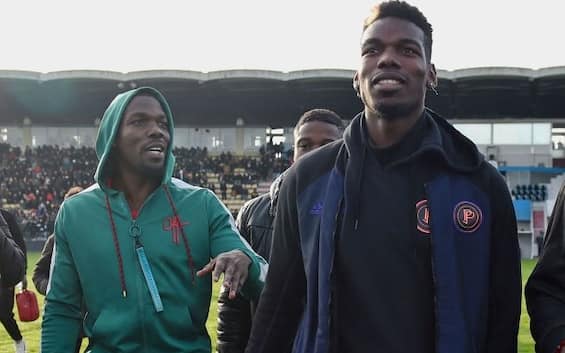 Mathias Pogba, Paul Pogba’s elder brother, and three other individuals have been placed in custody in France as part of the investigation into the extortion reported by the Juve player: this is what sources close to the investigation quoted by the French press report.

Mathias spontaneously presented himself to the police

Mathias Pogba appeared spontaneously, “in the early afternoon, at the investigation services and was placed in custody” by the French authorities, the sources specify. Of the four suspects questioned by the investigators, one was placed in custody yesterday and three others today, the judicial source specified, confirming information from the newspaper Le Monde. Paul Pogba had claimed to be the victim of multimillion-dollar blackmail by criminals linked to his brother. The allegations came after his brother posted a video online – in four fat ones (French, Italian, English and Spanish) – promising “big revelations” about the French footballer.

The denunciation of the Juventus star last July 16

In a complaint filed on July 16 at the Turin Public Prosecutor’s Office, Paul denounced extortion attempts between March and July 2022 for several million euros. This complaint led to the opening of a preliminary investigation by the Paris Public Prosecutor’s Office on 3 August, then a judicial investigation on 2 September for, in particular, extortion with weapons, kidnapping or kidnapping in an organized gang. and participation in a criminal association.

The request for 13 million euros

The French national football star and currently Juventus player said during his first hearing that he was trapped by childhood friends and two hooded men, armed with assault rifles, accusing him of not helping them financially, according to France Info. He would have been asked for a sum of 13 million euros and he claims to have paid 100,000 euros. He later claimed to have recognized his older brother Mathias as a suspect. Through the voice of his lawyer, Mathias Pogba said he was “totally unrelated” to the extortion reported by his brother. During another hearing, Paul Pogba told investigators that his brother Mathias was “under pressure” from people who wanted to extort money from him.