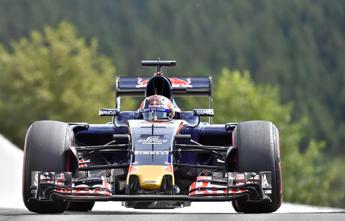 Red Bull and Aston Martin have been found guilty by the FIA ​​of violating the Formula 1 cost cap rules last year. In the 2021 World Cup, the ‘team with wings’ won the world title with Max Verstappen, who just became world champion in 2022. He did it in a season in which he spent more than the permitted costs.


A procedural violation with a cost infringement of less than 5% for Red Bull in the 2021 World Cup and only a procedural violation for Aston Martin, according to the analysis on the 2021 financial documents submitted by the teams. The teams in good standing according to the FIA ​​note are Mercedes, Ferrari, McLaren, Alpine, AlphaTauri, Alfa Romeo, Williams and Haas.

Williams was also investigated, for having submitted the documentation late on the deadline of March 31, 2022, but then integrated the report in May by accepting a fine of 25 thousand euros. The FIA ​​Cost Cap Administration is currently determining the appropriate course of action to be taken under the Financial Regulations against Aston Martin and Red Bull and further information will be disclosed in accordance with the Regulations which could result in minor fines and / or sporting penalties.

For a minor violation, Red Bull would risk a sanction inserted in a spectrum ranging from reprimand to penalization in terms of points in the World Championship rankings, up to exclusion from one or more events. In theory, limits could be set on aerodynamic testing. But everything, according to the rules, could also be resolved with a simple pecuniary sanction. The affair is a test case for the Federation, called upon to adopt a balanced measure to avoid appearing excessively severe – given the extent of the violation – or being too tolerant, with the prospect of pushing other teams to exceed their budget.