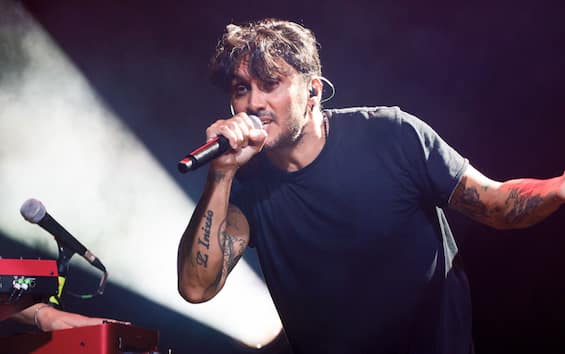 Fabrizio Moro has decided to give a Christmas present to her many fans by announcing the dates of his next tourwhich will take the start in March 2023. The singer-songwriter will stop in numerous Italian theaters with his Live 2023 – Unplugged Tales, for which there is great expectation also in view of the pre-sale of tickets. To announce the tour, as often happens, was Fabrizio Moro himself, who published the poster with all the dates on his social networks. The tour in the singer’s theaters comes after the summer one in the most suggestive tourist cities, where the singer-songwriter has obtained excellent feedback from the public.

The announcement of the dates, however, was not the only one made by Fabrizio Moro, who left mean new surprises. The tour itself, in fact, seems to be something different and completely new compared to what the singer-songwriter has always done. “I’ve built my entire career through the songs I’ve written, but most of all I’ve built it by playing concerts all over the place for more than 20 years. Last night in Rome the last stage of the tour. We will start again in March 2023 with a new live entitled Unplugged tales. In a few weeks I’ll tell you what it is about and what will happen in these concerts with a completely new and unprecedented form for me. I embrace you ”, reads the post published by Fabrizio Moro on social media. But waiting for March, the singer gave away two events in December, one in Rome and one in Milan, during which he performed the songs of his latest recording work My voice (Fattoria del Moro / Warner Music Italy), which contains the Sanremo song It is youwinner of the Sergio Bardotti Award for the best text and Gold certificate, and all the songs that have marked the main stages of his artistic career.

The dates of Live 2023 – Unplugged Tales

Below are the first dates announced by Fabrizio Moro for the Live 2023 – Unplugged Taleswaiting for possible changes that can be made in the coming weeks: