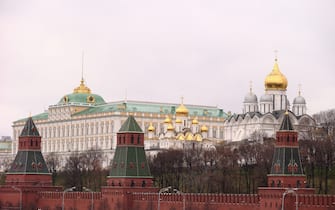 For those living in Russia it may be increasingly difficult to understand what is happening in Ukraine and not fall victim to the Kremlin’s propaganda. In the country it is Facebook that Twitter have been blocked, some newspapers have been closed and others are forced to limit themselves. There censorship does not spare even the foreign newspapers: in some cases, access to the sites results blocked. A squeeze on the media that “arises from the urgent need dictated by an unprecedented information war against Russia”, said the spokesman of the presidency Dmitry Peskov

Even before the conflict, Russia was one of the countries with less freedom of the press in the world. Reporters Without Borders placed it in 150th place out of 179. In the last week the situation has worsened further both for some measures taken by Roskomnadzor, the state communications agency, and for the approval of a draft law that criminalizes the dissemination of alleged “fake news” on military operations

The state agency first accused some newspapers of encouraging the protests against the war in recent days, then prevented journalists from continuing to work by blocking broadcasts or websites. Radio was one of the first broadcasters to pay the price The Moscow Echowhose lease has even been terminated

Then it was the turn of the international newspapers. On Friday 4 March, Roskomnadzor announced that it had restricted access to a number of foreign newspapers including Bbc, who had seen his readership increase, Deutsche Welle, Meduza and the Russian site of Radio Free Europe / Radio Liberty

War in Ukraine, images of destruction from the drone. VIDEO

On the same day, the Duma also approved a draft law with the aim of “preventing the armed forces of the Russian Federation from being discredited during operations to protect the country and its citizens. “Foresees up to 10 years in prison for those who violate it. The years, however, rise to 15 if these news cause “serious consequences”

War in Ukraine, reception and aid for refugees in Europe from Milan to Berlin

BBC CEO Tim Davie said the legislation criminalizes independent journalism and that leaves the network no choice but temporarily suspend the work of journalists and all those who support them on Russian territory. BBC News in Russian, reads an article published on the newspaper’s website, will continue to be produced outside the country. Also Cnn, Bloomberg and the Canadian Cbc they have suspended their activities in Russia

Novaya Gazeta, one of the leading independent Russian newspapers – known among other things for being directed by the winner of the Nobel Peace Prize in 2021 Dmitry Muratov (pictured) – he made another choice: he will continue to inform the population about what is happening in Ukraine, but only from a socio-economic point of view. Any content that talks about the conflict will be deleted. In fact, the Russian authorities demand that we speak only of “military operations“and not of war. The word” invasion “is also banned

“Fifteen years in prison just for doing your job. It’s there end of democracy in Russia. All freedom is lost, “commented Ekaterina Kotrik, a journalist from Rain TV, a Russian broadcaster that stopped broadcasting on Thursday. “The main problem is that we covered Ukraine objectively,” he said

Politician Ekaterina Schulman, who was presenting a program when the broadcasts were cut off, told the BBC that fears of being unemployed: “Very soon there will be no more media outlets, classrooms or other platforms where we can talk to the public”

With censorship, the danger is that more and more citizens lose track of the situation or risk being deceived. For now, YouTube continues to operate, a platform that Russian opponent Aleksei Navalny (pictured) used to spread his corruption inquiries. But many fear it’s just a matter of time

Indeed, Roskomnadzor has already accused Google of using YouTube as disinformation tool and asked him to stop showing fake advertising. Claims to which the giant responded by deciding to suspend temporarily all advertising in the country

Not even Meta will stand still to look at. Global affairs president Nick Clegg said the company will continue to “do what it can to make services available to people again and to enable them to express yourself confidently and mobilize“The reason why they are no longer accessible is due to the company’s decision to limit the accounts of some Russian channels: a choice that Moscow has interpreted as” discrimination ”