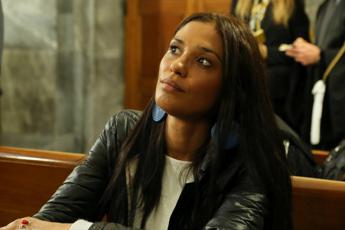 The investigating judge of Milan Alessandra Cecchelli has closed the investigation on the 12 doctors accused of manslaughter for the death of Imane Fadil, the young woman of Moroccan origin guest of dinners in Silvio Berlusconi’s villa in Arcore and then witness to the prosecution in the Ruby case, who died at the Humanitas clinic March 1, 2019, after 31 days of hospitalization, for a rare form of medullary aplasia.


” if a more timely assessment of the diagnosis of the disease were possible and finally if such timeliness could prevent death by providing the appropriate treatment “. Questions to which the pool of experts (appointed by the prosecutor’s office) led by the coroner Cristina Cattaneo answered without hesitation: “There is no professional responsibility to be attributed under the criminal profile to the health workers involved” reads the advice. “He does not see how a different clinical management of the affair would undoubtedly have prevented the occurrence of death”. Basically there isn’t no connection between death and the conduct of health workers.

For months the death of Fadil had been investigated by hypothesizing a murder from a spy story, after the first analyzes had revealed suspicions about a poisoning with radioactive substances. Now comes the end. According to the investigating magistrate, the doctors did everything to understand the patient’s pathology and, according to the consultants of the prosecutors Tiziana Siciliano and Luca Gaglio, “he does not see some professional responsibilities to be attributed under the criminal profile to the health workers involved”.

In the seven-page archiving provision, it is emphasized that, in the light of the latest investigations, “further investigations do not appear necessary or useful to obtain a clear and comprehensive evidential framework “ on the case. In particular, “the answers provided by the technical consultants appear clear and trenchant” regarding the requests to establish whether the gastroesophageal hemorrhage that caused the death of Imane Fadil was foreseeable and avoidable, as well as on whether a more timely diagnosis of the diagnosis of the illness and whether such timeliness could have prevented death by providing the appropriate treatment, an eventuality “categorically excluded” which therefore eliminates all criminal responsibility of the health professionals involved in the affair at the root. “In these conditions – concludes the investigating judge Alessandra Cecchelli – no elements emerge to deem the prosecution useful and therefore the proceeding must be filed”.