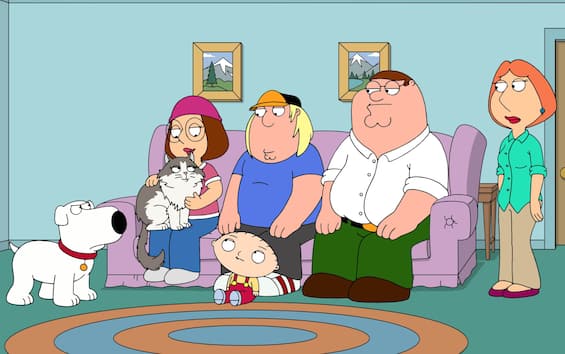 How would i Griffin What if, instead of an animated series, they were a live action sitcom from the 80s? A Youtube user thought about answering the curious question, who decided to exploit artificial intelligence to “transform” the animated characters into “flesh and blood” actors.

THE Griffin in the “real” world

And here is Peter, Lois, Quagmire, Cleveland and the other protagonists of the animated series for adults created by Seth MacFarlane inserted in an acronym that refers to those of the 80s sitcoms. The YouTube profile took care of developing the live action version of the animated characters SonUzumakilchigo through a graphic program that exploits theartificial intelligence. There are of course dad Peter, mom Lois, children Meg, Chris and Stewie. And of course also the dog Brian, as well as the neighbors Joe, Quagmire and Cleveland. The result? Definitely realistic but also pretty unsettling. Over the years there has often been discussion about the possibility of making a live-action Family Guy movie (the original title of the series is Family Guy) and MacFarlane himself revealed that he had such a project in mind. The live-action, however, never saw the light: to make the transposition with actors difficult are, among other things, the shape of the head and the vocabulary of Stewie. It wouldn’t have been a problem, however, represent the talking dog Brian since a mix of animation and real actors could have been done. At the moment, however, it seems that fans of the series will have to settle for these “tests” made using artificial intelligence.

The success of Griffin

The animated sitcom for adults by Seth MacFarlane premiered on Fox in 1999 and features over 400 episodes. It follows the Griffins, a family who reside in the fictional town of Quahog, Rhode Island. The irreverent humour of the jokes often refers to American popular culture and the plots of the episodes very often do not follow a logical sense, but are always endowed with a strong demented vein. The original cast includes MacFarlane, who voices several characters, Alex Borstein, Mila Kunis, Seth Green, Arif Zahir and Patrick Warburton. The series was closed in 2003, but was revived on other networks such as TBS and Adult Swim and on DVD, obtaining such a success as to induce Fox to produce new episodes in 2005.