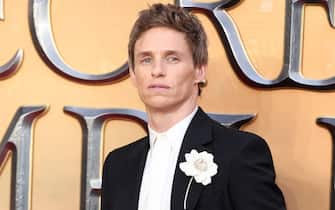 The city of London welcomes the darlings of Fantastic Beasts – Dumbledore’s Secrets, which will be released in the UK on 8 April. Protagonist of the new adventure, Eddie Redmayne aka Newt Scamander, who did the lion’s share at the film’s premiere with a very elegant white flower on the lapel of his jacket

Fantastic Beasts – Dumbledore’s Secrets, a new commercial for the film

Among the most anticipated by fans in the City, Jude Law than in the saga of Fantastic Beasts is the young Albus Dumbledore

Eddie Redmayne, photos of the protagonist of Fantastic Beasts and where to find them

Don Foglerthe interpreter of Jacob Kowalsky, returns to play the role of his character in the saga for this new adventure

JKRowling she is certainly one of the most photographed guests on the red carpet of the première. The writer, at the center of controversy in recent seasons for her utterances on the transgender community, had not taken part in the reunion of Harry Potter of 2021

Fantastic Beasts and Where to Find Them, the cast of the Harry Potter prequel film

Mads Mikkelsen is the real new entry in the cast of the franchise. The Danish actor took on the role of the magician Gellert Grindelwald following the forced abandonment of the production by Johnny Depp, accused of domestic violence. Another absent from the London preview, Ezra Miller, arrested for harassing conduct in Hawaii

Alison Sudol she appeared on the red carpet in a ruffled yellow dress. She the actress plays Queenie Goldstein, Porpentina’s younger sister

The popular British actor Richard Coyle (also in the cast of The terrifying adventures of Sabrina) in the film plays Aberforth Dumbledore, brother of Albus

The thirty-eight year old Victoria Yeatesalready known face of the saga, returns in the role of Bunty Broadacre, the assistant of Newt Scamander