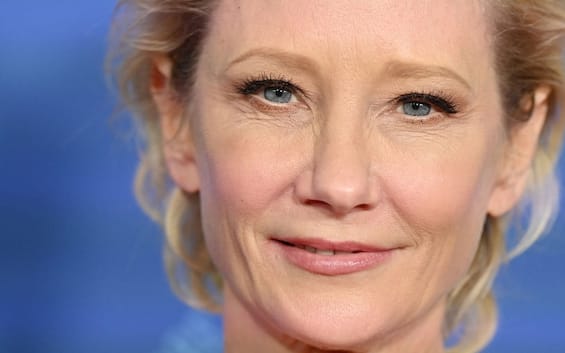 Anne Heche (PHOTO) died, a week after the terrible accident that saw her crash with her car, which soon after caught fire, into a house in Los Angeles. This was confirmed by the family of the actress, 53, to the ‘Guardian’, after announcing that the machines that kept her alive would be disconnected.

farewell and the words of his loved ones

That there was no more hope had already emerged in the last few hours, when a spokesperson for the family members had also spoken about the possibilities of donating organs: “It was her choice to donate her organs and she is kept alive to determine if some are viable. “and not irreparably damaged, he explained. On August 5, Heche crashed her Mini Cooper, which soon after caught fire, into a house in Los Angeles. Following the accident she had also been investigated for drunk driving: toxicological tests would have revealed the presence of her in her blood of cocaine. “Anne has suffered a severe anoxic brain injury and remains in a coma, in critical condition. She should not survive,” the family said, thanking everyone for their kind wishes and prayers for Anne’s recovery, the dedicated staff and the wonderful nurses who cared for Anne at the Grossman Burn Center at West Hills Hospital. ” Anne “had a huge heart and touched everyone she met with her generous spirit of hers. She will be remembered for her courageous honesty and she will miss her her light of hers” added the spokesperson for family and friends her.

his latest film, due out in September

Anne Heche was among the first American stars to come out, talking about her connection with actress Ellen DeGeneres. Born in Ohio, known for her role in the soap opera ‘Another World’, ‘Destini’ in Italy, for which she won a Daytime Emmy in 1991, as well as for the Chicago PD series, Heche has starred in numerous films by 90s, including ‘The Adventures of Huck Finn’, ‘Six Days, Seven Nights’, ‘Donnie Brasco’ ‘I Know What You Did Last Summer’, up to the remahe of Psyco signed by Guns Van Sant. And again The Devil’s Touch, Sex & Power, The Hour of Truth, 13 Minutes, released in 2021. Her latest film is the thriller ‘Girl in Room 13’ in which she plays a mother in search of her missing daughter and Lifetime has announced that it will air in September 2022, as planned.