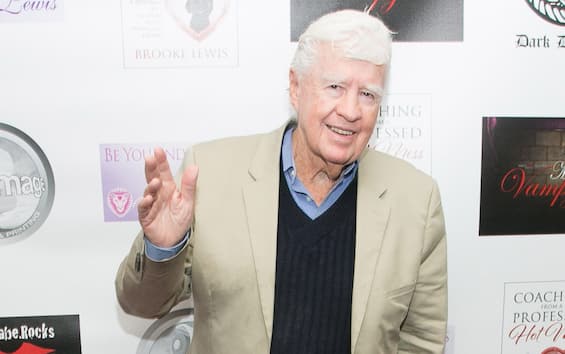 For fans of cinema and beyond, there is sad news to be recorded. The 93-year-old actor Clu Gulagerin fact, he disappeared in Los Angeles on Friday 5 August 2022 due to natural causes. He is purely remembered for having participated in the TV series The virginian of the NBC but also for having been among the interpreters of The Return of the Living Dead in 1985 and Nightmare 2 – The rematch 1985, the second film in the saga focused on the dream killer Freddy Krueger interpreted by Robert Englund. The announcement was made by the son John, who shared a tender shot with his father on Facebook. Also, the director too Sean Bakerwho directed Clu Gulager in the film Tangerine of 2015, he wanted to remember with a post on Twitter: “I had the honor of working with a legend like Clu Gulager in Tangerine. He was incredibly talented, hilarious and kind. We will miss you”.

Clu Gulager takes its first steps in the entertainment world with some parts in different TV series between the end of the 50s and the beginning of the 60s. A love, that for TV series, indelible and that sees him as the protagonist with sporadic appearances in highly successful works such as Magnum PI., Murder, she wrote, Walker Texas Ranger, The streets of San Francisco and obviously, The virginian where he starred with 104 episodes over five years. Also, the part of him is unforgettable Billy the Kid in The Tall Man, where he participated in 65 episodes in two years. At the cinema, however, he made his debut in 1964 in Contract to killbut it comes to the fore for some parts in horror films like The Initiation of 1984 and the aforementioned The Return of the Living Dead And Nightmare 2 – The rematch both released in 1985.

Private life and the latest works of Clu Gulager

In 1960 Clu Gulager he married his colleague Miriam Byrd-Netherywith whom he remained together until his wife passed away in 2003. The two had two sons named Tom and John. The latter became an established director and directed his father in horror Piranha 3DD released in 2012. The last part of Clu Gulager, however, is in the cult of Quentin Tarantino Once upon a time in… Hollywood of 2019, where he plays the owner of a bookstore. A sort of homage from the director to the actor, who in the last years of his life had become a regular visitor to Tarantino’s films at the New Beverly Cinema.