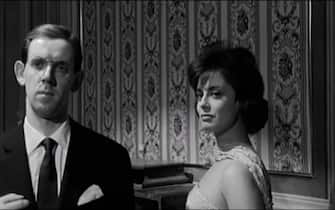 Enzo Garinei’s film career began in 1949 with Totò Le Mokò. Many appearances in the early years on the set, including that one The dolphins1960 film alongside Tomas Milian, Claudia Cardinale and Anna Maria Ferrero

In career, Enzo Garinei he also worked with the late Gino Bramieri

Just a minute, the plot of the film

His most famous dub is that of George Jefferson, played by Sherman Hensleyamong the protagonists of The Jeffersons

As for her theatrical career, she has worked in many of her brother’s plays Peter and of Sandro Giovannini

Back “Add a place at the table”, contemporary musical comedy

His career has been a lot active until the early 90s. Afterwards, she continued to work but with more sporadic appearances

In one of his latest interviews, he revealed that his mother would have liked him to become a pharmacist