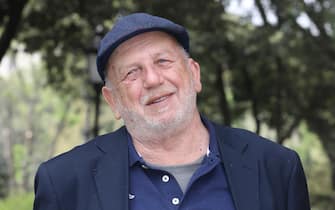 The entertainment world says goodbye to Gino Cogliandro, Italian comedian, actor and cabaret artist, member of the unforgettable comic trio “Trettré”. Born on 10 October 1949, he died in Naples on 23 August at the age of 72

WATCH THE VIDEO: Goodbye to Anna Rita Luceri, the comedian was 48 years old

Cogliandro was one of the best known faces of television between the eighties and nineties together with Mirko Setaro and Edoardo Romano, with which he formed the comic trio “Trettré”

The trio actually existed before he joined, under the name of “The Rottambuli”: Cogliandro entered in the late seventies taking the place of Beppe Vessicchioalready oriented towards a musical career

Cogliandro, Setaro and Romans became a permanent presence a Drive Inbut not only: they participated in programs such as I-talians (in the picture), Cabaret for one night, Trisitors (parody of the tv series Visitors), The Tg of the Holidays, Have a nice Sunday And Retromarsh !!

They also joined Paolo Villaggio in the programs A fantastic tragic Friday And What a pleasure to have you here. (In the photo the trio in an episode of I-talians)

In the 1986the trio also participated in the movie Italian Fast Food (in the picture) directed by Lodovico Gasparini, in which some of the protagonists of the show acted together Drive in

The “Trectré” disbanded in the nineties, e Cogliandro continued with his career cinematic

In 2012, Cogliandro starred in the film Peppery wedding – Getting married in the south is another story … (in the picture), directed by Angelo Antonucci

In 2015 it was the turn of the film Side effects by Claudio Insegno, in which he plays don Lello. Cogliandro also participated in Made in China from Naples, by Simone Schettino, Happy condolences by Antonio Adamo e A child at all costs directed by Fabio Gravina

His latest works were Ammèn by Ciro Villano (2020) e Old scoundrelsreleased in 2022 and in which Cogliandro acts together with Lino Banfi, Greg, Andy Luotto, Andrea Roncato and Pippo Santonastaso (in the photo the cast)