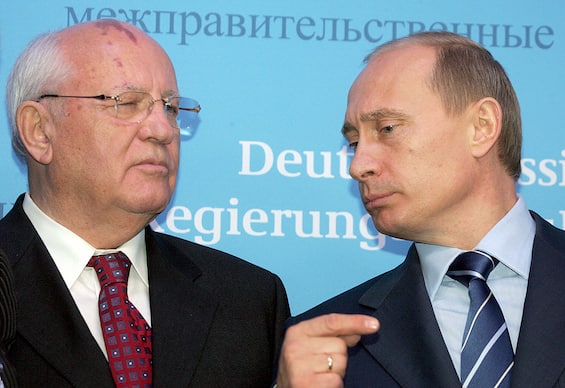 “Putin? He saved Russia”, but “now he seems sick of presumption. Everyone tells me that it no longer matters, because he is already God or, at least, God’s deputy on earth, even if I don’t know why. What…”. This is how Mikhail Gorbachev of Vladimir Putin spoke at the presentation of a book by him in 2014. A comment, between analysis and irony, which photographs the opinion that the last president of the USSR had for the Russian leader, divided between support and criticism.

Support for the annexation of Crimea

Gorbachev appreciated the current president’s ability to ensure the “stabilization of the situation after Yeltsin, when the challenge was to save Russia from disintegration”, and supported some of the most important strategic choices, such as the annexation of Crimea (“historically just and legitimate by popular will “) and the challenge to the eastward enlargement of NATO, defined as a” violation of the spirit of the accords for the reunification of Germany “. At the same time, however, he harshly criticized the authoritarian attitude and the centralization of power.

Criticism of authoritarian methods and the war in Ukraine

Over the years, Gorbachev’s thrusts against the Tsar have not been lacking, starting with the attacks on his United Russia party, which, he said, “looks like the worst copy of the Communist Party”. What’s more: the Russian president, he added, is “surrounded by lickers”. But despite the use of “authoritarian methods”, Gorbachev added, “Putin’s goal crossed the interests of the majority”. Finally, according to what was reported by the Nobel Peace Prize journalist Dmitry Muratov, Gorbachev was critical of the war in Ukraine: “Yesterday I visited Gorbachev in hospital – said the reporter in early March – he recently completed 91 years and he is not well, but he confirmed to me that everything possible must be done to stop the threat of a nuclear war “.

For his part, Putin has been careful not to clash with the great old man of national politics – even if for a long time the Nobel Peace Prize winner complained that he did not want to meet him – and expressed an at least formal appreciation, as in the occasion of the message of wishes for his 90 years, in which he stated that the last leader of the USSR “belongs by right to the constellation of notable, distinguished and eminent statesmen of modern times who have exercised a significant influence on the course of history”.