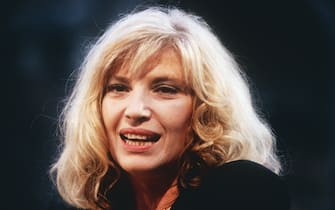 It is open in Capitol in Rome, until 6pm today – Friday 4 February -, the actress’s funeral home Monica Vitti, who passed away on February 2 at the age of 90 after a long illness

WATCH THE VIDEO: Rome, the funeral home for Monica Vitti

It will also be possible to pay tribute to her tomorrow, from 10 to 13, before the funeral begins at the Church of the artists, scheduled for 15 hours.

Farewell to Monica Vitti, from Draghi to Verdone and Sophia Loren: the memory on social media. PHOTO

The arrival of the coffin was greeted by the mayor of Rome, Roberto Gualtieri, who greeted the actress’s husband, Roberto Russo, and his family

Monica Vitti, thus began “The Adventure in the World” of cinema with Michelangelo Antonioni

Her Carlo Verdone he said she was “immense, complete, with a strong and incisive personality”. And again: “The young actresses will have to study her interpretations well, they will be enlightened by them”

WATCH THE VIDEO: The memory of Carlo Verdone

Among the first to arrive in the funeral home was the actress Marisa Laurito, visibly moved. Shortly after, the costume designer Nicoletta Ercole also appeared

Not even the president of the Lazio Region, Nicola Zingaretti, has given up on giving the last farewell to Vitti

For the occasion, in the hall of the Prometeca A screen has been set up where images from Vitti’s films are projected. Around the coffin, there are many mimosas

Many ordinary people also came to greet the great actress, who had embraced her comedy thanks to Mario Monicelli. It was he who wanted her to star in The Girl with the Gun