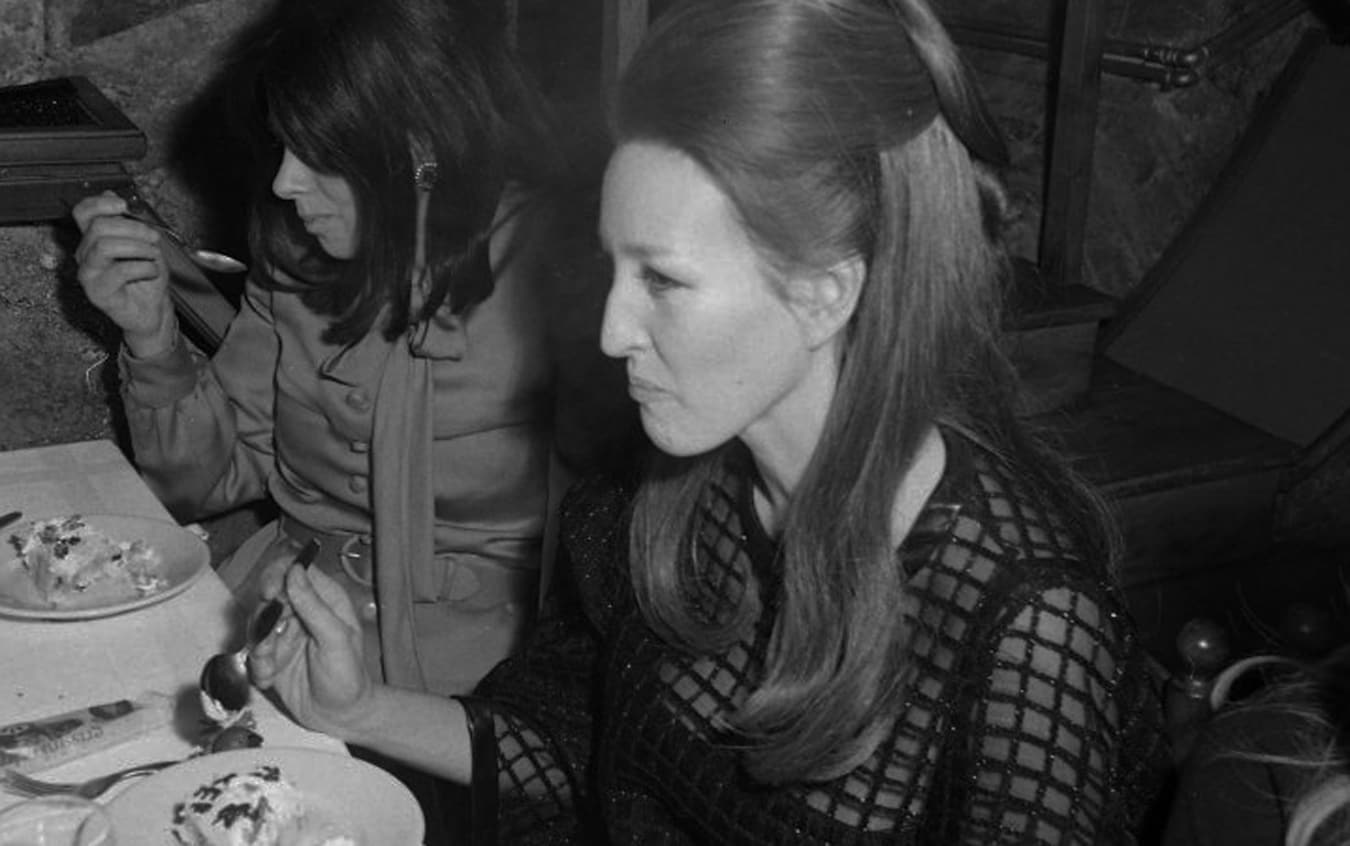 Countess, journalist and writer Olghina di Robilant passed away at the age of 87. She died struck down by an incurable disease in Limido in the province of Como where she had moved after spending the first part of her old age in Bolgheri. Of Venetian origins (born in Venice on November 3, 1934), she moves to Rome where she becomes one of the great protagonists of the jet set and of the Capitoline worldliness, hers is the signature of the socialite most requested by the newspapers. The journalist’s fame is inextricably linked to two episodes of Federico Fellini’s film, La Dolce Vita. We are talking about Aike Nana’s striptease, in a Trastevere club, and Anita Ekberg’s famous bathroom in the Trevi Fountain.

Olghina di Robilant moved to Rome in 1958 and on 5 November of that same year, during the celebrations for her twenty-fourth birthday at the Rugantino restaurant in Trastevere, the famous striptease of the Turkish dancer Aïché Nana takes place: it is officially the first scandal of the Roman Dolce Vita from which Federico Fellini draws inspiration for his cult film, one of the most important works in the history of the seventh art. And on the bathroom in the Trevi Fountain that sees Anita Ekberg as the protagonist, it must be said that the countess did it for real, she had lost a bet. His was a nonconformist life, studded with friendships and important loves, from Ernest Hemingway to Truman Capote, from King Umberto di Savoia to Luchino Visconti, from Federico Fellini to Onassis, from Burt Lancaster to Tony Curtis and Alain Delon to name the most notice. Her marriage was short-lived (in 1966 she married the painter Antonello Aglioti), the countess left two daughters, Paola and Valentina.