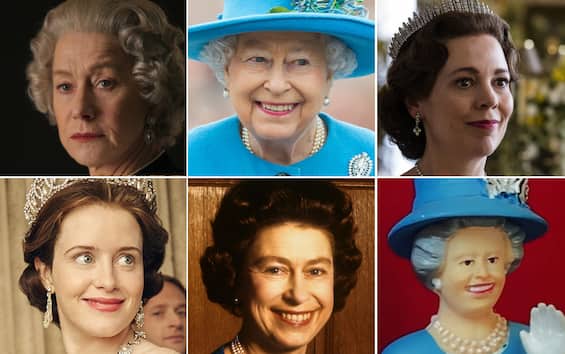 With his aristocratic aplomb, he was able to conquer the world. The disappearance of Elizabeth II of England opens an insurmountable void and deprives us not only of one of the rulers who reigned the longest in modern history, but also of a true icon. It is natural, given the fame she enjoyed, that numerous television and cinematographic works have been dedicated to her figure that sometimes retrace specific moments, sometimes her entire life (or almost). Among these, some have also been remarkably successful. Here you are then the best movies and TV series about the life of Queen Elizabeth… Together with a couple of “intruders” who tell completely fictional stories, but who depict it in an unprecedented way.

To play a true queen properly, a queen of the set was needed. Stepping into the role of Elizabeth II is a veteran like Helen Mirren, a British actress who for her incredible performance was awarded the Academy Award for Best Actress at the 2007 Academy Awards. Stephen Frears’ film focuses on the days after her death of Lady Diana and the collapse in popularity of the Queen of England, inflexible in not wanting to publicly pay homage to Charles’s ex-wife. Aiding her in this situation is an unusual ally: the newly elected Labor leader Tony Blair (Michael Sheen).

London, 8 May 1945. The war is over and finally a sigh of relief can be breathed in the United Kingdom as well. There is a party in the streets and sisters Elizabeth and Margareth would like to join in the festivities too. Their mother is against it, but their father, King George VI, gives them permission to attend a party at the Ritz Hotel. Trouble begins when the rebellious Margareth manages to outrun her bodyguards in charge of accompanying them.

The Netflix-produced TV series is the most comprehensive on-screen account of Elizabeth Windsor’s life. Over the four seasons aired so far we see her as a girl in the post-war period, and then ascend to the throne on the death of King George and over the years, despite the initial perplexities of some, become a real institution, able to embody the very idea of ​​a British monarchy, albeit at the expense of one’s private life. There are, however, flashbacks that show us Elisabetta during her childhood. The talented Claire Foy played her as a young man, who then handed over the baton to a champion like Olivia Colman: both won a Golden Globe for Best Actress in a Drama Series. In the fifth season, the role of Elizabeth will be played by Imelda Staunton.

This is certainly the most original homage to the sovereign. Voyage au bout de la nuit from Paolo Sorrentino was included in the collective project in 17 episodes Homemade, conceived by the Chilean Fabula and the Italian The Apartment for Netflix. Shot in full lockdown, the work is a seven-minute short film in which the Neapolitan director imagines a dialogue between Queen Elizabeth and Pope Francis, with the first visiting the Vatican. The protagonists are puppets with the features of the aforementioned characters, the setting is obtained from the interiors and exteriors of Sorrentino’s house.

Last film in chronological order Spencer directed by Pablo Larraín and scripted by Steven Knight (HERE THE REVIEW OF THE FILM) Of course, in this film in which the decision of Lady Diana, played by Kristen Stewart, to divorce the Prince is reconstructed through the imagination , Queen Elizabeth II (played by Stella Conet) is more like a cold and inflexible sovereign. A royal tormentor who is the backdrop to a fairy tale taken from a true tragedy, in which the princess finally manages to free herself without the help of any prince. But because fairy tales have a happy ending, it is necessary that the villains are effectively represented. And here the relatives are really snakes.

Obviously, the cult comedy starring the very likeable Leslie Nielsen does not tell the true story of Queen Elizabeth. But given the sequel enjoyed by this zany film, it would have been a real shame not to include it in this list, also because it is an affectionate and playful tribute to the sovereign. Nielsen is Lieutenant Frank Drebin, who finds himself foiling an attack on Elizabeth II (played by Jeanette Charles), who is visiting the United States.

Here or another fictional film, centered not so much on the Queen… but rather on one of her beloved corgis. Rex is Elizabeth’s favorite dog, but following an unpleasant “diplomatic incident” he finds himself outside Buckingham Palace and must embark on an adventurous journey to return home, in the arms of her beloved owner.