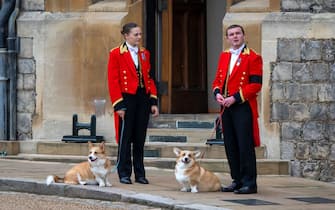 After death of Elizabeth II the beloved will retire corgi dogs of the sovereign, one of the most loved symbols of the monarchy and part of the iconography of the Queen herself. In a sort of “canine” changing of the guard, in fact, a Buckingham Palace they will come Beth And Bluebellthe jack russels of the new royal couple, king Charles III and his wife Camilla

SEE ALSO – The death of Queen Elizabeth: the Special

SEE ALSO – Who is Sarah Ferguson, from the story with Andrea to the queen’s funeral

TO Buckingham Palacetherefore, the new protagonist dogs will be Beth and Bluebell, two jack russells of 10 and 11 years that Carlo and Camilla had adopted from the kennel of “Battersea Dogs and Cats Home”In 2017. They will be the new ones mascot of the British monarchy

“The nice thing about the dogs is that you can make them sit, you can have a nice and long conversation, you can be angry or sad and they just sit there looking at you, wagging their tails “he said. Camilla speaking of love for his parents puppies

“They are always loyal family, friends and companions and just like anyone else with a passion for i dogsI can’t imagine my life without them ”the new one had reported again Queen consort

To quote an episode that tells of the affection of Charles for Beth and Bluebell, the “Corriere della Sera”He says that the King had wanted the two jack russel at the center of the scene in the official photo for the fifteenth wedding anniversary with Camilla in 2020, taken outside their Scottish residence in Birkhall