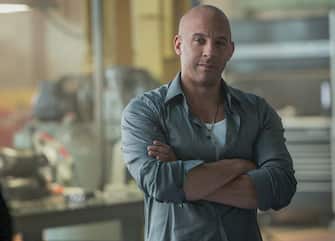 Vin Diesel plays the protagonist Dominic Toretto “Dom”, as in almost all films of the series Fast and Furious

VIDEO Everything we know about Fast and Furious 10

Dominic Toretto “Dom” is absent in the second film, while in the third he appears only in a brief cameo at the end. Instead from the fourth film onwards he becomes the protagonist together with Brian O’Conner up to the seventh film

Fast & Furious 9, a video with the best moments of the whole saga

From Fast & Furious 8Vin Diesel’s Dominic Toretto “Dom” unwillingly becomes the only protagonist due to the premature death of his colleague Paul Walker, interpreter of O’Conner

VIDEO Fast and Furious X, the character of Brie Larson

Actor Paul Walker played Brian O’Conner. The film marks Walker’s last film appearance, as he died on November 30, 2013 in a car accident while filming was still ongoing (he was replaced by his younger brother Cody Walker through the use of CGI)

Dwayne Johnson plays the character Luke Hobbs. This character appears starting from the fifth episode of the saga, initially conceived only as a supporting character. Starting with the eighth film in the series, he will play a co-starring role

Deckard Shaw, character played by Jason Statham, makes his debut as an antagonist in a cameo in the scene after the credits of the sixth film. In the seventh he becomes the main antagonist. Starting from the eighth he becomes a supporting character and, in the spin-off Hobbs & Shawstars alongside Dwayne Johnson (the latter as Luke Hobbs)

Djimon Hounsou (on the right) plays the character of Mose Jakande. On the left instead we see Chris “Ludacris” Bridges, in the part of Tej Parker

Nathalie Emmanuel is Ramsey in Fast and Furious 7

Kurt Russell plays the character called Mr. Nobody (pictured, to the right of Vin Diesel)

Latin American singer Romeo Santos, composer of songs that earned him a Grammy nomination and former lead singer of the bachata group Aventura, is part of the cast. Here it is in a scene from the film fast and furious 7, where we see him in the foreground while in the background is Jordana Brewster aka Mia Toretto, sister of Dominic Toretto and wife of Brian O’Conner