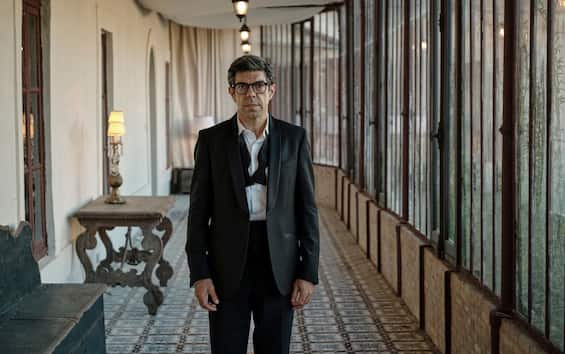 The 17th edition of the Rome Film Festival opens with The Hummingbirdthe film by Francesca Archibugi based on the novel of the same name by Sandro Veronesi published in 2019. Pierfrancesco Favino he is Marco Carrera, a man whose existence is crossed by fatal coincidences, painful losses and absolute loves. A series of female figures revolve around him, strong presences in the life of the protagonist.

Life as a shipwreck

In the book, the protagonist appears as a man who is not touched by the long series of obstacles that life places before him. “In my opinion he does not stand still,” he says Pierfrancesco Favino to Sky TG24, “if anything he remains tied to the things he does not want to trade and continually tries to get up again. A quality that we have all had to look for in recent times”, comments the actor referring to the existential upheaval following the outbreak of the Covid pandemic -19. The film tells the life of Marco Carrera, through a series of time jumps that follow the path of the character’s memories and cover a time span that goes from the early seventies to the near future. “It is a film that tells of despair – explains Pierfrancesco Favino – but at the same time the happiness of the search for life”.

The women de The Hummingbird

The director Francesca Archibugiwho is also the screenwriter of the film along with Francesco Piccolo And Laura Paolucci, worked to bring the essence of Veronesi’s novel to the big screen as faithfully as possible. “The fact that the protagonist – explains the director in the Sky TG24 interview – does not allow himself to be overwhelmed by what happens to him and becomes a point of reference also for those around him, seduced me a lot. I think he tells a lot about everyone. we”. To combat this existence always on the brink of shipwreck, the characters de The Hummingbird they make every effort to seek illusion, cheerfulness and happiness. Among them is Marina Molitor, played by Kasia Smutniak, who explains his character thus: “She is in the wrong place at the wrong time: she has such a hard time reconstructing her illusion of normal life that this feeling will become self-destructive.”

In the cast, in addition to Favino and Smutniak, there are Bérénice Bejo, Laura Morante, Sergio Albelli, Benedetta Porcaroli, Massimo Ceccherini, Alessandro Tedeschi, Fotiní Peluso, Francesco Centorame, Pietro Ragusa And Valeria Cavalli. Extraordinary participation also of Nanni Morettiin the role of a psychoanalyst who accompanies the protagonist from start to finish and performs, in the director’s words, an almost deus ex machina. The wonderful film by Francesca Archibugi, in theaters on October 14thalso contains a musical pearl: the soundtrack, signed by Battista Lena, hosts an unpublished piece by Sergio Endrigo and Riccardo Sinigallia interpreted by Marco Mengoni, Dear faraway love.