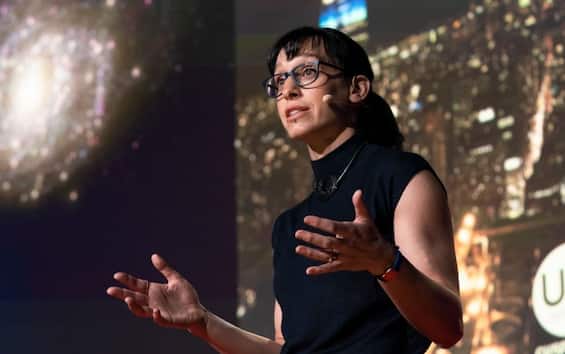 An Italian woman will study the so-called “Unidentified Aerial Phenomena, or even Uap), what were once called” Ufo “(Unidentified Flying Object or Unknown Flying Object). Her name is Federica Bianco and she is an astrophysicist from the University of Delaware: NASA has selected her and now she will be among the 16 experts who, starting next October 24, will work on an independent 9-month study. The goal is clear: to shed light on apparently inexplicable celestial phenomena.

The idea of ​​NASA

Given the amount of data collected by civil government agencies, commercial data and data from other sources, it is necessary to put order and to know certain events, which do not necessarily have to be of extraterrestrial origin. “Understanding the data we have on unidentified aerial phenomena is essential to help us draw scientific conclusions about what is happening in our skies: the data is the language of scientists and makes the unexplainable,” says the head of science missions of the NASA, Thomas Zurbuchen. “NASA has brought together some of the world’s leading scientists, data and artificial intelligence professionals, aerospace security experts, all with a specific task, which is to tell us how to apply science and data to UAPs,” said Daniel. Evans, coordinator of the study. An important project, which also explains why the profile of Italian astrophysics was chosen.

Originally from Genoa, Bianco graduated in astronomy from the University of Bologna and then flew to the States for her doctorate from the University of Pennsylvania. Today he is an adjunct professor at the University of Delaware. An expert in data science, Italian astrophysics coordinates over 1,500 scientists in the “2023 Large Synoptic Survey Telescope Science Collaboration”, dedicated to the study of the night sky in the southern hemisphere and the discovery of new stars and galaxies. She has signed more than one hundred peer-reviewed studies and she has also won the “Innovative Development in Energy Applied Sciences” scholarship awarded by the US Government Department of Energy.