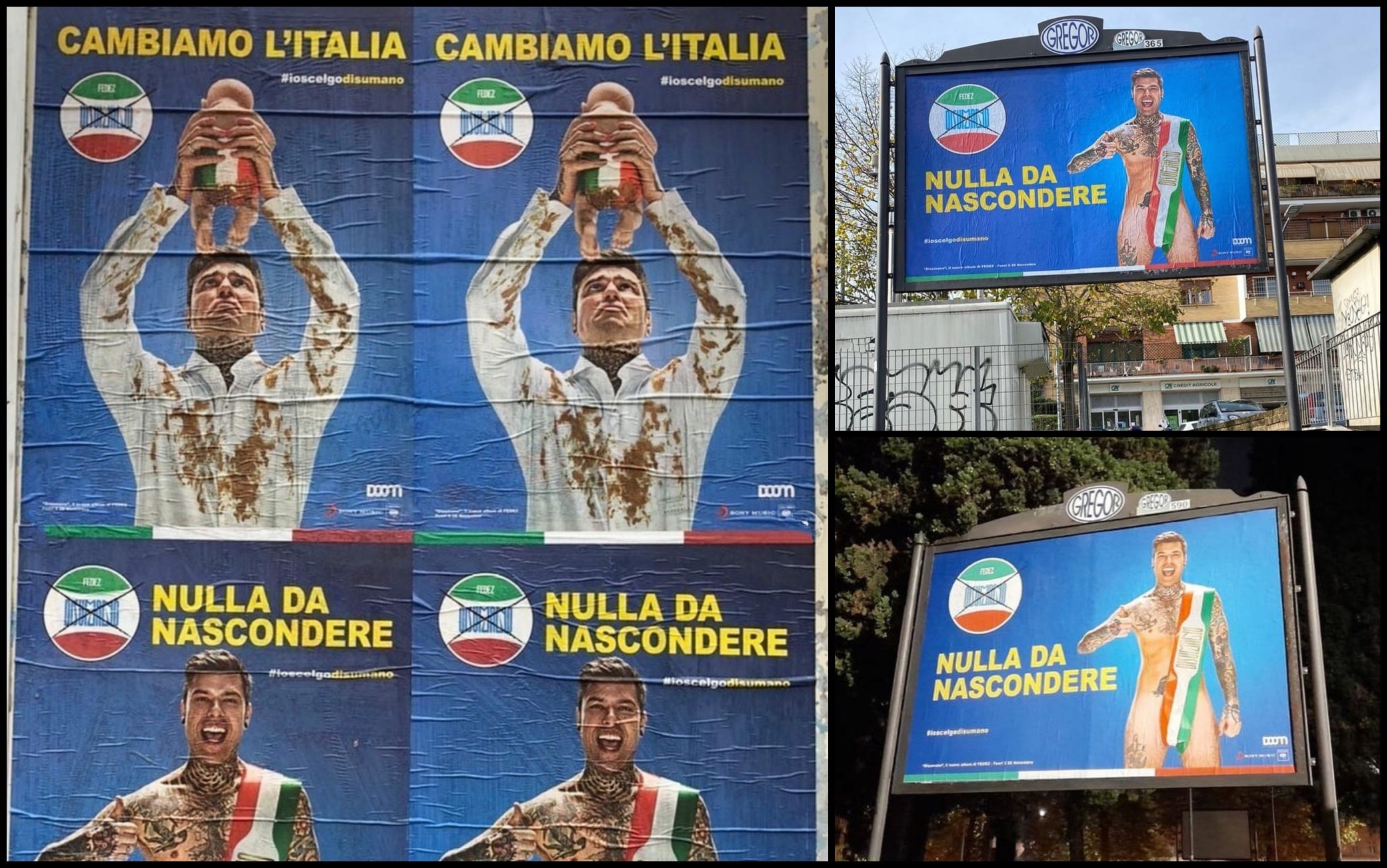 Fedez continues to carry out his “fake election campaign”. To promote his new album “Inhuman”, the rapper posted on the streets of the cities – and posted on social media – some election-style posters, with phrases reminiscent of political slogans and photos on a blue background. Fedez explained in his stories on Instagram that until November 26 (release day of the album) he will carry on this “campaign”. “From here until the release of the record I will do a fake election campaign, but on the other hand which election campaign is not fake?” Said the rapper. “I have prepared a series of election posters that you will see around Italy, among the most grotesque, in bad taste, squalid and inhumane of this country but not so far from reality. Let’s have fun! ”, He added on social media.

The rapper’s “descent into the field”

In recent weeks, the registration of the internet domain fedezelezioni2023.it had created agitation for the alleged descent into the field of the rapper. But, as many understood, it was all part of the promotional campaign for the new record. It was revealed once and for all by Fedez himself in a video that shows him sitting at a desk. Quoting the famous incipit “Italy is the country I love”, with which Silvio Berlusconi announced his descent into the field in 1994, Fedez made clear his intentions: to launch his album mimicking political electoral campaigns.