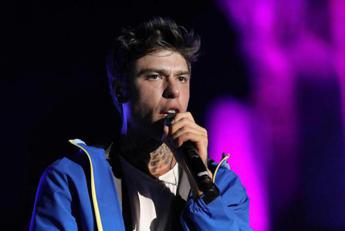 “Radical surgery leads to high cure rates.” Massimo Falconi, director of the Pancreas Center of the Irccs San Raffaele Hospital in Milan, is the surgeon who operated on Fedez after the rapper was diagnosed with pancreatic cancer. The artist underwent a long operation to remove a neuroendocrine tumor.

“They are a very different group of neoplasms, some aggressive, others ‘indolent’, that is, they evolve slowly. But if discovered in time and localized, radical surgery leads to high rates of cure,” he adds.

What is it about exactly? “We are talking about tumors that originate from the neuroendocrine system, consisting of cells with characteristics typical of both endocrine cells, those that produce hormones, and nerve cells. These cells are present throughout the body, so the Nets can affect different organs. such as pancreas (as in the case of Fedez, ed), intestine, lungs, thyroid, thymus or adrenal glands “, he replies.

They are dangerous? “It is very difficult to give a single answer – warns Falconi – for the dozens of different subtypes of neuroendocrine tumors. Based on the appearance of the neoplastic cells, the Nets can be divided into ‘well differentiated’, which generally grow slowly and are less aggressive (but potentially malignant, they can metastasize even after many years) and ‘poorly differentiated’, which develop faster and are more likely to be metastatic from the start “.

What are the therapies? “We are faced with very different pathologies, which require a personalized approach. If the tumor is discovered at the beginning and is localized, radical surgery, that is the elimination of all the neoplastic mass, can bring about a high percentage of patients to heal. . Often the surgery is complex: it aims to completely remove the disease, preserving as much as possible the function of the organ “, recalls Falconi.

What if things get complicated? “If the removal of the tumor is partial or if the discovery is late and there are already metastases, or in the case of relapses that occur over time, today we still have different types of drugs available. From chemotherapy (effective only in some forms) to analogues of somatostatin, from target drugs to locoregional strategies (such as embolization or hepatic thermoablation) – underlines the surgeon – Recently the new radio-receptor therapy was also approved in Italy, capable of delivering a destructive energy ‘specifically targeted on cancer cells “.

Can it be healed? “Also in this case, everything depends on the type of tumor present in the individual patient and on the stage of the neoplasm at the time of diagnosis (whether it is in the initial or advanced phase). But 5-year survival in our country is high, over 60% – admits In recent years, with the new therapies we have made significant progress. And yet we are determined to be treated in centers of reference, where multidisciplinary groups of experts operate, because we need the skills of various specialists “.