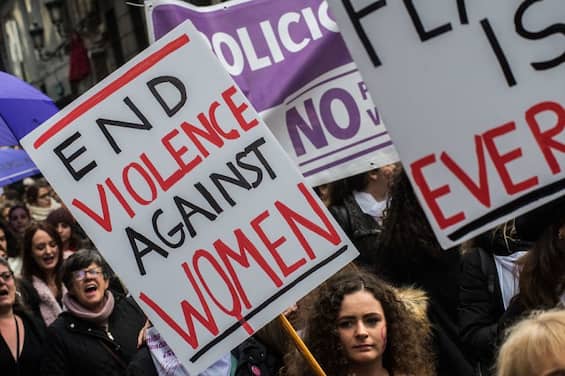 A massacre that shows no signs of stopping, the one caused by gender-based violence. According to new UN data on femicides, more than five women and girls were killed every hour by a family member in 2021. The UN Women report, released on the eve of the International Day against Violence against Women, which shows that 45,000 women and girls – more than half (56%) of the 81,100 homicide victims worldwide last year – were killed by their husband, partner or other relative. The Guardian reports it. UN Women and the United Nations Office on Drugs and Crime said the figures were ‘alarming’, but the true number of femicides is likely to be much higher – at least four out of 10 deaths in 2021 have not been counted among feminicides because there was insufficient data.

Significant increase in cases with the 2020 lockdown

Official data on femicide has remained largely unchanged over the past decade. Last year, the highest number of femicides at the hands of relatives was in Asia, with 17,800 deaths. However, data shows that women and girls in Africa are more at risk of being killed by family members. The onset of the Covid pandemic in 2020 coincided with a significant increase in femicides in North America and Western and Southern Europe, and data from 25 countries in Europe and the Americas indicate that the increases were largely due to murders of family members other than husbands and partners. “No woman or girl should fear for her life because of who she is,” said Ghada Waly, executive director of the United Nations Office on Drugs and Crime. “To stop all forms of gender-related killings of women and girls, we must count every victim, everywhere, and improve understanding of femicide so we can design better and more effective prevention and just criminal justice responses.”