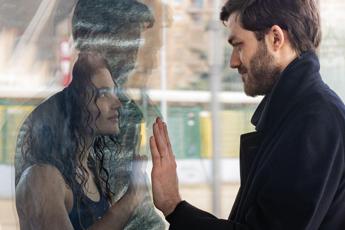 Gianluca Mangiasciutti talks to Adnkronos about his first work, presented at Panorama Italia by Alice nella Città, an autonomous and parallel section of the Roman review

“I always look for settings that are non-place, non-time. The choice of location was manic, because for me the place is an imprint, and it helps the characters to immerse themselves in the story. It’s like a new draft”. Thus the director of Gianluca Mangiasciutti, who talks to Adnkronos about his first work ‘The Man on the Road’ presented in the Panorama Italia section of Alice nella Città, an autonomous and parallel section of the Rome Film Festival.


The film, a thriller drama whose subject has won the Solinas Award – Stories for the cinema, tells the story of Irene, who is 8 years old when she witnesses the death of her father as the only witness at the hands of a hijacker who runs away . Haunted by her guilt for not being able to remember the killer’s face, the young woman becomes a rebellious and introverted teenager with the only obsession to get justice. At one point she meets the killer of her father, but her fate will hold a surprise for both of them. Rhythm and suspense lead to unexpected emotions and feelings. The protagonists of this intense story are Lorenzo Richelmy and Aurora Giovinazzo.

“Two outsiders who meet, chase and love each other – explains the director – despite having a totally different background. It is that non-canonical romanticism that I like to call an emotional thriller, because it is a romanticism that generates tension”. A film that talks about “redemption, which is part of the character of Michele that I play – explains Lorenzo Richelmy – The film takes the two characters in front of walls where you can’t go straight, you have to make choices. This is a very recurring theme. nowadays, as well as the sense of guilt “.

Redemption “is an unconscious necessity that transforms and materializes in choosing, which makes him become a man”, adds Lorenzo Richelmy to Adnkronos. All the films “talk about love, that is the theme anyway, and this is also the case in this case. Michele and Irene, to make this impossible love come true, will have to choose: do I just want to survive or live to the full?”.

Irene’s character practices competitive swimming, and finds a refuge from anxieties and anguish in the element of water. “A world before the film almost totally unknown to me – explains Aurora Giovinazzo – I was able to establish a beautiful and fundamental relationship with water for Irene’s character. Swimming is for my character a way to let off steam, to stay well, a shield that you put in front of you. In the film, by the way, it is always me swimming, in all the scenes, and I prepared myself for months before shooting “.