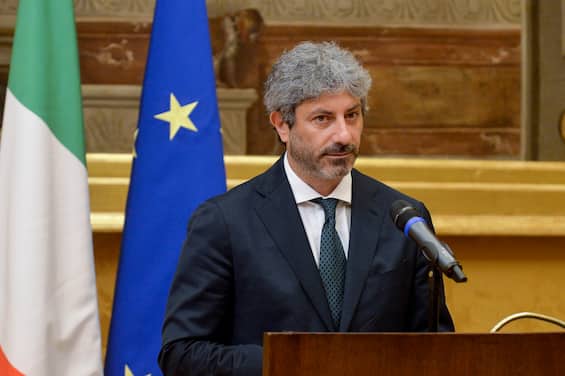 In an interview with the National Daily, the outgoing Speaker of the House recounts the decision to return to politics in his city: “Important action on the territory”. Then the praise to Mattarella: “A safe guide, I am grateful”. On the other hand, a critic of Draghi and the government: “he did not want to tackle problems that had remained unresolved”

From early activist to Speaker of the House and then back to militant. This is the parable of Roberto Fico, who as a leading parliamentarian of the Five Star Movement is preparing to return to local politics after the elections of 25 September due to the double-term rule. This is confirmed by himself, who in an interview with National newspaper reveals the decision to start again from where it all began: his Naples. “I’m leaving with my head held high and I want to be there for my city” he says, underlining how much his two terms among the pentastellati have been marked by the “link with the President of the Republic Sergio Mattarella”. Critical instead of Mario Draghi and the fall of his government: “Crisis lived by taking a step back, but the majority did not want to tackle unresolved issues ”.

“The future does not worry me: I am very calm and I live it well. Since 2005 I have been working first with meetups and then in the Movement and I will continue to carry out relevant activities in the MS5. It is also important to be present in the area, in Naples, in my city” . This is the spirit with which Fico is preparing to live the new adventure. No doubt, for his part, not even about the double mandate that “forced” him to leave Parliament: “It is a founding rule that I shared from the beginning. In a historical moment in which some are looking for outlets and candidates in other parties, forgetting the pact what they did with the voters, but I remain faithful to you ”.

The relationship with Mattarella

In analyzing the salient features of his experience as a third position in the state, Fico does not fail to underline the link with the President of the Republic: “I speak little of the Quirinale out of respect for the role and the institution. I can say, however, that not only has there always been a very strong institutional relationship but that Mattarella has been an essential point of reference for me and for the whole country” “On my part there is gratitude: in the most difficult moments he has always been a sure guide. I am grateful to him”, he adds.

Fico, on the other hand, is more lukewarm towards the outgoing premier Mario Draghi and the crisis that led to his resignation. “As Speaker of the Chamber – says Fico – I was a step behind certain purely political dynamics. I think, however, that with the elections approaching each majority party has kept to mark its identity”. Then the dig: ” When the issues are put on the table, they must be addressed and it seems to me that the majority did not want to address those posed by the Movement “.

The future of the Movement

“My feeling is positive and the polls say that we are growing. But what I consider most is what I see going around: there is enthusiasm. In the South but not only. The Movement is in connection with the country on a progressive perspective. and environmentalist. Anyone who thought it was a sinking boat went away. ” This is how he sees the future of the Fico Movement, which then spares no praise for the leadership of Giuseppe Conte: “He is doing an excellent job and showing a great fighting spirit”. Doubts, however, on the issue of alliances and in particular on that with the Democratic Party: “We will see. Now it is not possible: things went as they went and everyone campaigns for him”.