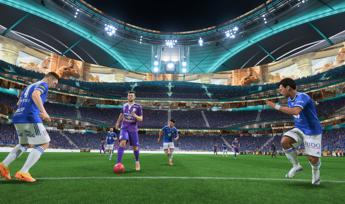 EA showed the details on the FUT mode of FIFA 23, new episode of his football saga. A new mode will be introduced with scenario-based FUT Moments – shorter gameplay experiences, with flexible match length and squad requirements, requiring you to complete themed real-world challenges, seasonal events or FUT campaigns. By completing challenges, you earn Stars that can be used at your choice during FUT Season 23 to unlock rewards dedicated to FUT Moments, including players, packs and more. FIFA 23 renews the FIFA Ultimate Team Entente system to offer greater flexibility in building your dream team. A streamlined system allows players to share understanding regardless of their position on the pitch, matching players in the starting eleven based on shared club, league and nation combinations, and eliminating the need for direct links between nearby players and any negative impact on attributes due to poor Intesa ties, to allow for greater variety in team building. EA has also announced cross-play in FUT 23, with a global transfer market for consoles and stadiums. FUT 23 cross-play allows you to play against players from the same platform in FUT Rivals, FUT Online Friendlies, FUT Champions, FUT Play A Friend and FUT Online Draft. FIFA 23 will be released on September 26 on consoles and PC.