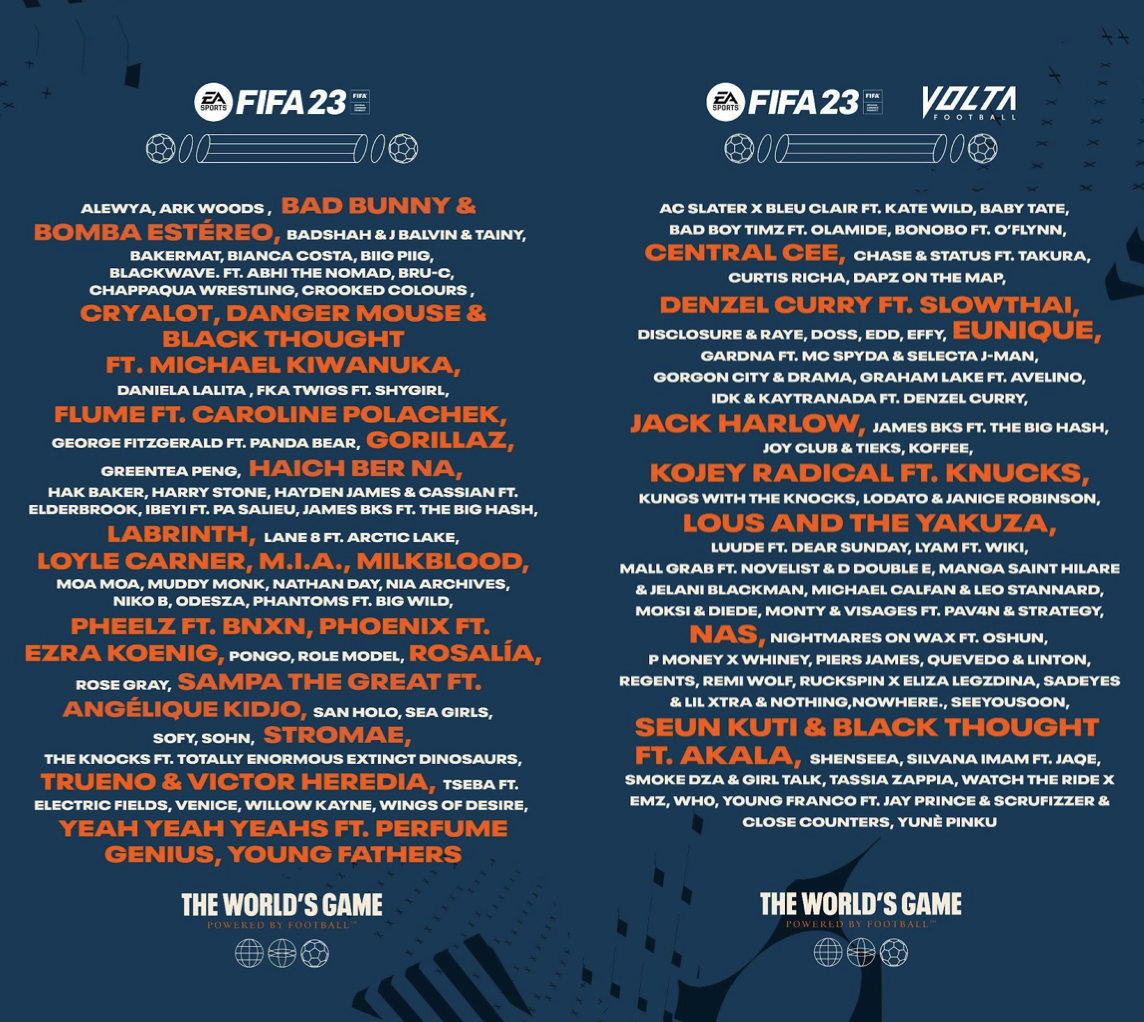 A special selection of tracks also for the Volta mode, which captures the essence of street football

Electronic Arts has unveiled the official FIFA 23 soundtrack, available on Spotify. Featuring over 100 tracks from different artists, the new FIFA 23 soundtrack features world-renowned artists such as Bad Bunny and Yeah Yeah Yeahs, as well as rising stars, such as Baby Tate, Ibeyi and Pheelz. Players can also show their support for their favorite musicians through FIFA Ultimate Team kits designed by artists including Jack Harlow, Rosalía, Pheelz, Central Cee and more. Custom kits, designed to represent each artist’s personality, will be unlockable through a series of achievements starting September 27. In the soundtrack menu they will be available with 57 new fan favorite tunes including FKA Twigs, Flume, Milkblood, Phoenix, Sampa The Great, Odessa and more. Additionally, this year’s Volta Football soundtrack captures the atmosphere of street football with songs by Nas, Denzel Curry, Quevedo, Remi Wolf, and more. “This year’s soundtrack demonstrates the breadth of the world’s love for gaming, capturing sounds from all over the globe,” said Raphaella Lima, EA’s Global Music Marketing Director. “We wanted to emphasize the importance of our global football community through music and are thrilled to partner with this incredible group of artists to deliver the songs and anthems for the largest FIFA ever.” FIFA 23 is developed by EA Vancouver and EA Romania and will be available worldwide on PlayStation 5, Xbox Series X | S, PC, Stadia, PS4 and Xbox One on September 30th.