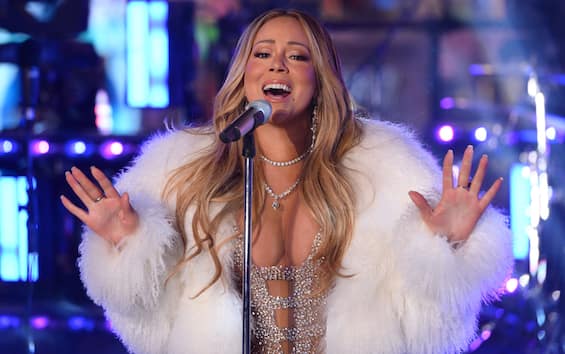 In 2016 the authoritative Economist he had calculated that Mariah Carey earned two and a half million dollars a year alone thanks to the rights to All I Want for Christmas is You. A nice sum for a success that no one in 1994 would have imagined of these proportions, starting with the singer herself at the time certain that “most people wanted to listen to classic Christmas songs first and foremost”. In New Orleans Andy Stone he was convinced, however, that too All I Want for Christmas it was basically anything but an original song, going so far as to say that it was an unauthorized reinterpretation of one of his homonymous pieces released five years earlier. The artist’s crusade went on for a long time topping her high point in June, when Vince leader Vance & the Valiants sued the singer for plagiarism asking for $ 20 million in compensation. This figure will never reach the pockets of Stone who withdrew the complaint today, after perhaps realizing the clear differences between the two songs.

177 idioms “All I want for Christmas is you”

Doing a quick search on the website of the United States Copyright Office there are 177 titled pieces All I Want for Christmas is You. However, no one has even come close to the success of Mariah Carey’s hit that was hailed at the time since New Yorker as “one of the few worthy modern additions to the Christmas songbook”. By December last year, this modern party anthem had even hit one billion streams on Spotify, making it the first Christmas song to hit that figure. A historic milestone that definitively certified the undying success of an iconic single, able to be mentioned in other media and even able to give the title to films and books (one written by Carey herself).

All I want for Christmas is you (r song)

Among the 177 songs entitled All I Want for Christmas is You also includes the hit of 1989 by Vince Vance & the Valiants. To tell the truth, the song of this country group from New Orleans (from the formation as variable as the weather in October) has achieved good sales results over time, even entering the Billboard Hot Country Songs on six different occasions throughout the 1990s. A great result for the band that, from 1971 to today, has never repeated such an exploit. Removed this sweet Christmas song, indeed very out of the norms of the rest of the Vince Vance & the Valiants production, the ensemble’s only other “success” remains the questionable parody Bomb Iran, which risked ending up in the standings in 1981 (sparking not a few controversies). This last song, however, without the irreverent text, was anything but original being based on the melody of classic surf rock Barbra Ann by the Beach Boys. Also for this reason it’s almost funny that Vince Vance & the Valiants frontman and only regular Andy Stone thought in the summer it was a good idea to go to court for a song that, title aside, has very little in common with. its composition. Perhaps at the suggestion of his own legal representatives, Stone has now withdrawn the complaint and buried the hatchet. All he wanted for Christmas was a part of the proceeds from the song but, probably, he will eventually have to settle for a gift of pajamas like many of us.