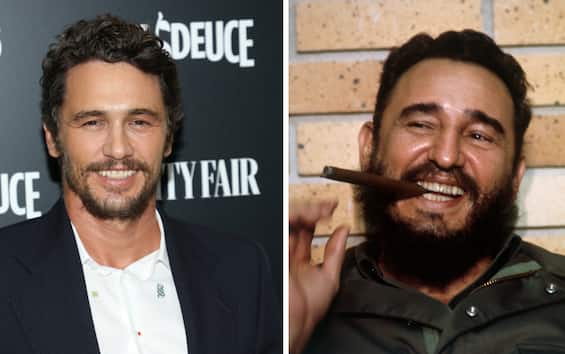 “It’s not Latin! How is it still happening?” wrote Leguizamo on Instagram.
The Colombian actor turned to social networks to say his opinion about the recent casting of Franco, chosen to play the Cuban revolutionary Fidel Castro in the next independent film “Alina of Cuba” directed by Miguel Bardem (news confirmed by Variety on 4 August).
The film is based on a screenplay written by Jose Rivera and Nilo Cruz.

“How is this still happening?” Leguizamo asked himself with despair. His discomfort is not only linked to what in his opinion is therefore a “bad casting” but also because he realizes that Hollywood excludes Cuban actors a priori … But his hatred depends above all on the fact that the machine of American cinema is he unduly appropriates their narratives, without furthermore “paying the tribute” of casting actors who really correspond to the origins narrated at the diegetic level by the film.

“How does Hollywood exclude us but also steal our narratives? […] Boycott! […] I do not have [problemi] with Franco but he is not Latin! ”, writes the Cuban actor.
“Furthermore [questa è] a really hard story to tell without magnification, which would be wrong! ” she adds.

The “indicted” film (to be indicted is the casting, according to the words of Leguizamo) is “Alina of Cuba” and should start production on August 15, with the crew that will shoot in Colombia.
James Franco will star alongside Ana Villafañe, who plays the title character, Alina Fernandez.

It is the daughter of Fidel Castro and the screenplay of this film focuses on her figure, following her life as Castro’s illegitimate daughter. Alina was critical of her father, very critical of her politics in Cuba.

Alina, for those wondering, is alive and well: she lived her youth with her mother Natalia “Naty” Revuelta Clews (who passed away in 2015) and bears the surname of her husband, Orlando Fernández.

In her country she worked as a model and directed the public relations of a Cuban modeling agency. In 1993 she left Cuba, against the will of her father, due to her growing dissent towards the communist regime.

She moved to Miami, Florida and started working on the radio there. In 1998 you wrote the book Alina, the rebellious daughter of Fidel Castro (Castro’s Daughter: An Exile’s Memoir of Cuba), in which she recounts her difficult childhood in Cuba, even more difficult as a rebellious daughter of Fidel Castro. In this book Alina, among other things, writes that when she was three years old (therefore in 1959, just after the triumph of the Cuban revolution) the Mickey Mouse cartoons were replaced on local televisions with images of the executions against the collaborators of the dictator just overturned, i.e. Fulgencio Batista.

For a few paragraphs of that book, Alina Fernandez was sued for libel by her aunt, Juanita Castro (Fidel Castro’s sister).

Not only is Fidel Castro’s daughter, that named Alina Fernandez, alive and well, but she personally participates in the production of the film, of which she is a creative and biographical consultant. She works closely with the production team and from August 15, when filming begins, she will be on set.

During an interview with the magazine People in 2020, Leguizamo said: “We are less than 1% of the stories told by Hollywood and by streaming media and networks when we are almost 20% of the population, 25% of the United States. I just feel it is such a detriment to children don’t see themselves reflected in positive ways. “