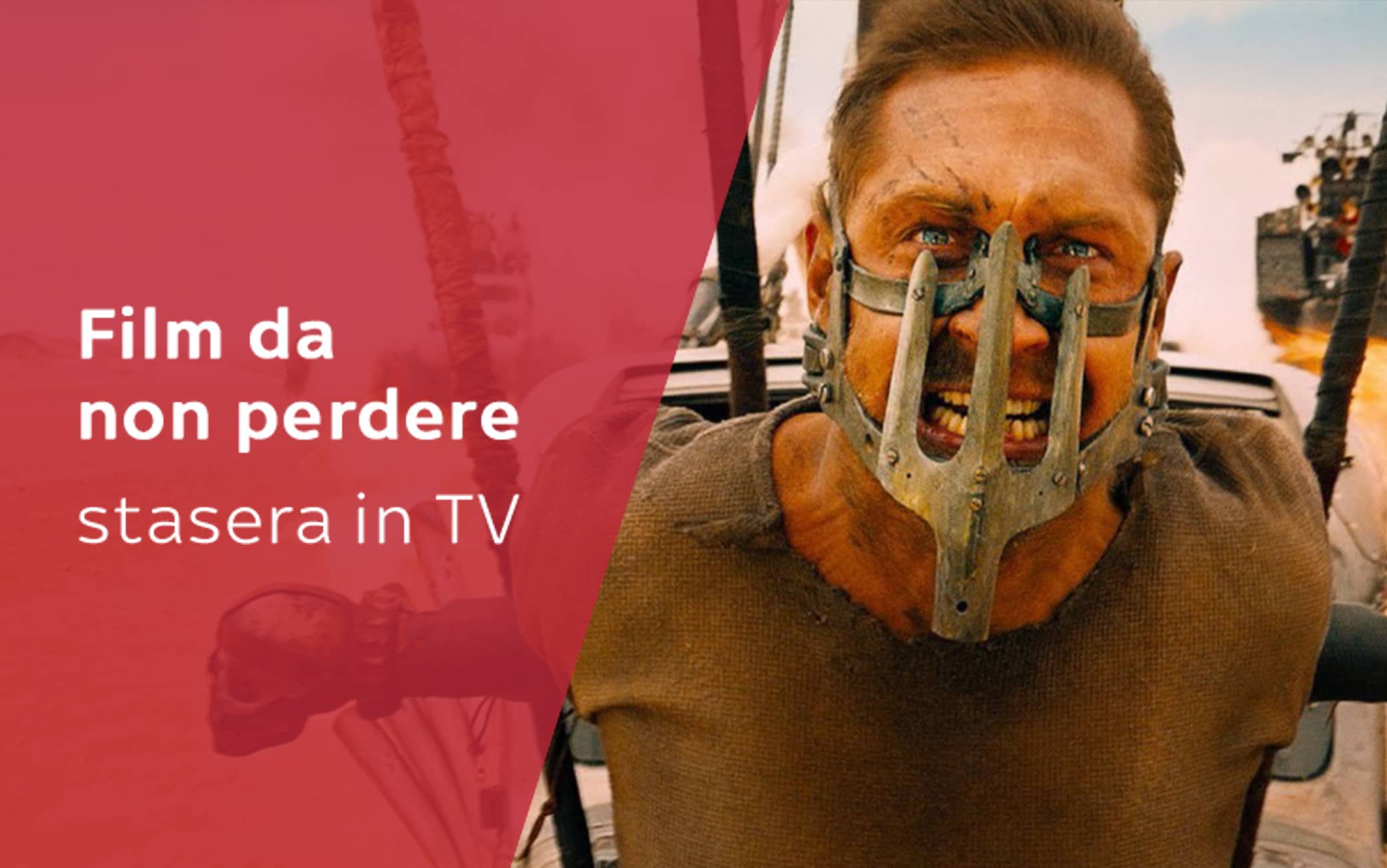 Suburbicon, 9.15 pm on Sky Cinema Due

Matt Damon and Juliane Moore in a George Clooney film. The arrival of a black family causes trouble in a residential neighborhood.

Awarded film at the Venice Film Festival. A woman befriends a boy who reminds her of her missing son.

Neil Patrick Harris in a play based on a novel of the same name. A child sets out in search of the largest console ever created.

Paul Giamatti and Thomas Haden Church. A writer and an actor embark on a trip to California.

Sabrina Ferilli, Stefano Fresi and Teo Teocoli in a bittersweet comedy about those who don’t want to grow up.

Meryl Streep and Amy Adams. A girl decides to challenge a woman who had published a cookbook 50 years earlier.

Aldo, Giovanni and Giacomo in a Christmas comedy. Three men dressed as Santa Claus are taken to the police station as they try to climb a building.

Tom Hardy and Charlize Theron in one of the best road movies ever, which takes up the Mad Max saga.

Gerard Butler in the third installment of the action saga. This time his character must clear himself of a serious accusation.

Fantasy inspired by the adventures of King Arthur and Merlin the Wizard. The two team up to unseat Modred from the throne of Camelot.

Dreamworks film in which a child sees his life turned upside down by the arrival of a little brother.

The shooting inside a policeman’s funeral reveals a traitor in a group of militiamen.

Yet another chapter of the saga with Katrina Bowden. Five people follow the trail of a man’s corpse devoured by sharks.

Over 60 edition of the talent show The Voice, in which the singers will compete in front of the judges.

Documentary based on an investigative book on the expansion of the Nigerian mafia.

Diego Bianchi hosts one of the most popular programs of recent years, which analyzes social and political dynamics with satire and irony.

The best of the new edition of the talent show with the judges Mara Maionchi, Federica Pellegrini, Frank Matano and Joe Bastanich.