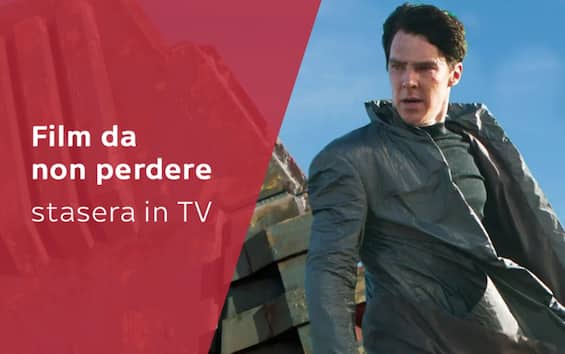 Alessandro Borghi in the film that traces the myth of the birth of Rome.

Clive Owen in a drama film. A 14-year-old girl meets a man she met on the internet who forces her to have sexual intercourse.

A great Viggo Mortensen in a family road movie, winner of the Best Director Award and Cannes.

Extraordinary classic with Tom Hanks. Forrest Gump is a problematic boy who, however, will manage to live an incredible existence.

The first holiday is never forgotten, at 21:00 on Sky Cinema Romance

French comedy in which two people who know each other on Tinder immediately plan a vacation together.

Diego Abatantuono and Vincenzo Salemme in a comedy. Two men team up to sabotage their children’s marriage.

Jack Reacher – The decisive test, at 21:00 on Sky Cinema Action

Tom Cruise and Rosamunde Pike in an action. A former policeman returns to the scene to investigate a massacre.

Sequel to the animated film about beloved children’s characters.

Ethan Hawke and Emma Watson in an Alejandro Amenabar thriller about a detective who discovers disturbing truths about a US citizen.

George Clooney and Julia Roberts in a Jodie Foster film. During a show, a TV host is taken hostage by a disappointed investor.

Third chapter of the saga starring Sylvester Stallone. This time Rambo has to free his former colonel from the Soviets.

Diego Bianchi conducts one of the most popular programs of recent years, which analyzes social and political dynamics with satire and irony.

Eleventh season of the reality show in which you go to the discovery of new chefs and cooks.