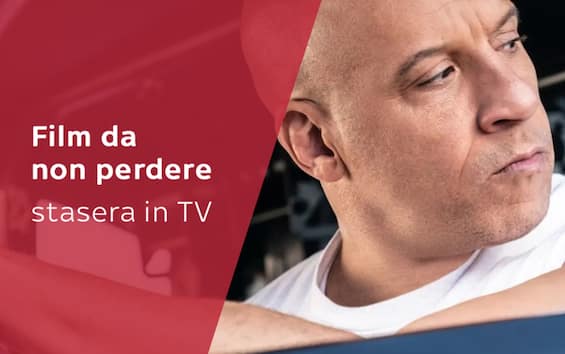 The godmother – Paris has a new queen, 9.15 pm on Sky Cinema Due

Patience Portefeux is a judicial interpreter, specializing in wiretapping for the Paris anti-drug team. One day, she gets involved in a drug deal.

Samantha Kingston seems to have it all, but everything changes when she dies in a car accident, but then wakes up to find herself reliving the same day over and over again.

A successful lawyer, prone to lies, finds himself in serious difficulty by magic the wish of his son comes true and he obtains that for one day the father can no longer tell lies.

Best friends, Barb and Star leave their small town for the first time to vacation in Vista Del Mar, Florida.

In the not too distant future, some 30 years after the last war, a man crosses in solitude the wasteland that was once America.

Dom Toretto leads a quiet life with Letty and her son, little Brian, but doesn’t know that danger is always lurking.

Rachel Carlson moves to a small Scottish town to change her life after her son dies. However, her stay soon turns into a nightmare.

The Last of the Mohicans, 9.15 pm on Sky Cinema Collection

The last members a tribe of Native Americans, Uncas, his father Chingachgook and his adoptive brother Hawkeye, live in peace next to a group of British colonizers.

Satine is the first star in the famous Parisian club and falls in love with an aspiring writer in search of himself.

Frikke, a fourteen-year-old boy, stumbles upon a strange computer game and discovers that it is going to be played by real children.

New appointment with “Cavalli di Battaglia”, a show that originates from the vast and exhilarating repertoire of Gigi Proietti.

Paolo Cognetti Dreams of the great North, 9.20 pm on Rai 2

This is the journey of the writer Paolo Cognetti and his friend Nicola who, by camper, reach Alaska.

Remake of the successful French film of the same name, Gli Infedeli is an episodic film that is inspired by the tradition of Italian comedy in style and tone.

The actress and TV presenter Barbara De Rossi has the task of introducing and commenting on docu-fiction that reconstructs great news stories.

All the evidence seems to show that Alicia shot Diego, who, wounded in the leg, is determined to find Julio.

Sharon has an accident and is taken to the hospital along with the child she hit.

The in-depth and dissemination program on climate change and the challenges that global warming imposes on us.

A strong storm at the end of March hits the Pineta seafront destroying the tables and chairs of the beloved BarLume.

The best of Maurizio Crozza’s unique and inimitable satire on the Nove. The most loved characters, the funniest songs, the most biting monologues.