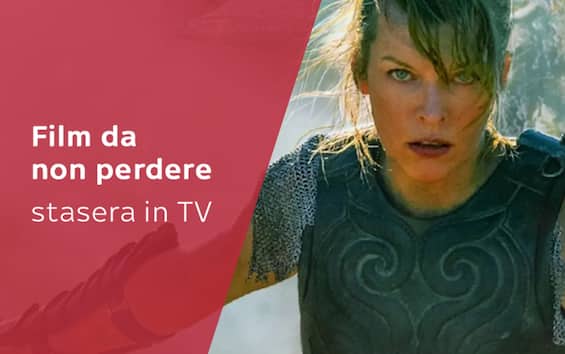 Will Hunting – Rebel genius, 9.15 pm on Sky Cinema Due

Oscar to Robin Williams and the screenplay for Gus Van Sant’s masterpiece with Matt Damon and Ben Affleck. A genius in disarray meets a psychologist. His life will change forever.

William Friedkin directs a raw drama with Matthew McConaughey and Emile Hirsch. A boy hires a killer to kill his mother and collect the insurance money.

Oscar winner Marion Cotillard and Guillaume Canet in a touching adventure inspired by the life of Chubby Miller. French Sahara, 1933.

Milla Jovovich in a fanta-action based on the video game series of the same name. A US Army team crosses the border into another dimension, inhabited by cruel and enormous creatures.

My Neighbor is a Pirate, 9pm on Sky Cinema Family

Incredible adventure, based on the novel of the same name by Reggie Naus. 12-year-old Michael and his new neighbor, the young pirate Billy, take on the most dangerous privateer of the seven seas.

Thriller inspired by the novel by Frederick Forsyth with Bruce Willis, Richard Gere and Sidney Poitier. The Russian mafia hires a killer to eliminate a powerful American political figure.

During the Second World War near a small village in the Alps shaken by the arrival of the Germans.

The team steps in to save a bride at her own wedding and a mother, trapped on a balcony.

The program that made history in the field of investigative journalism on TV with Sigfrido Ranucci.

New current affairs and in-depth program conducted by Giuseppe Brindisi and produced in collaboration between Videonews and Tg4.

Atwater meets a girl in a bar, Celeste, an art teacher for at-risk kids.

Second season of the series inspired by the book by Roberto Saviano. The story of the rivalry between two Camorra clans.

Forty years, a lot of money but the terror of a possible financial ruin, Eugenio practices living without a penny.