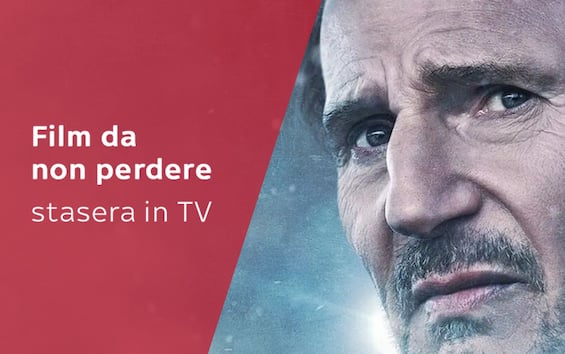 Best director in Venice for Paul Thomas Anderson and Coppa Volpi for Joaquin Phoenix and Philip Seymour Hoffman. A veteran becomes a follower of a sect led by a charismatic leader.

You only live once, 9:00 pm on Sky Cinema Comedy

Comedy by and with Carlo Verdone, Anna Foglietta, Rocco Papaleo and Max Tortora. After a cruel diagnosis, four doctors, skilled creators of jokes, leave for a holiday in Salento.

Salvatore Esposito and Greta Scarano in a comedy about the desire for redemption. Charged by a Camorra boss to manage a restaurant in Rome, Carmine hires Consuelo, a very gritty chef.

Action with Liam Neeson and Laurence Fishburne. Canada: To save a group of trapped miners, a truck driver must cross a frozen lake that could break apart in spring.

Transformers – Revenge of the Fallen, 9.15 pm on Sky Cinema Adventure

Second spectacular adventure with Megan Fox, Shia LaBeouf and the famous robots. The Decepticons challenge the Autobots and humans in an attempt to awaken their supreme leader.

4 boys and the magical creature, 9.15 pm on Sky Cinema Family

During a holiday in Cornwall, four siblings find a magical creature on the beach that can grant their wishes. Surprised and excited, they take her home, but soon discover that they are not the only ones who know of her existence.

Eric Bana and Daniel Craig in a Steven Spielberg thriller. 1972: a special team is charged with eliminating the terrorists responsible for the attack at the Munich Olympics.

Sylvester Stallone on the side of the law in a gripping thriller starring Robert De Niro, Harvey Keitel and Ray Liotta.

Claudia is a self-employed restorer: she lives thanks to the pension of her grandmother Birgit, who suddenly dies. A thought arises in Claudia’s mind: freezing her grandmother to continue collecting her pension.

Another episode of the TV series, which sees Chris O’Donnell and LL Cool J protagonists, between firefights and investigations to follow.

Eight appointments with in-depth analyzes and inquiries on the most complex current issues, with a careful analysis of the consequences on society.

The Rete4 program conducted by the journalist Nicola Porro on current affairs, politics and economics, in the company of guests and debates.

Appointment with the French dramatic television miniseries, between revealed secrets and threats.

The TV series that tells the story of the Chicago police, the adventures of its patrol units and the investigations of the intelligence department.

Jack Ryan is a former CIA employee who witnesses a terrorist attack while on vacation in London with his wife and daughter. From that moment on he will no longer have peace.

The TV series that kicks off from the book denounces Roberto Saviano and tells of the Camorra war between clans. With Salvatore Esposito.

A faithful portrait of Freddie Mercury, with an unusual eye on his attempts to launch a solo career beyond his experience as a Queen leader.