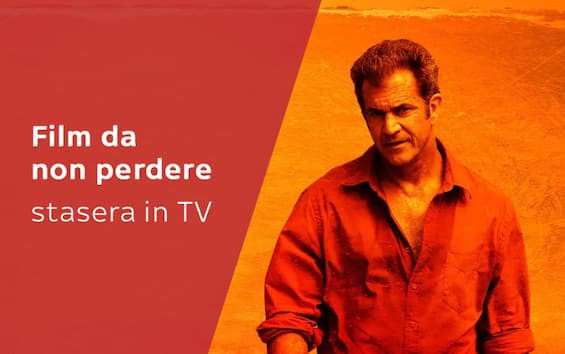 Will Ferrell and Mark Wahlberg in an action comedy. After the death of two senior colleagues, two desk cops must solve a thorny case.

The age of innocence, 9.00 pm on Sky Cinema Romance

Biographical film about a tenacious girl who will become the first female jockey to win the Melbourne Cup.

Massimo Popolizio and Vinicio Marchioni in a drama. The manager of an oil group prepares a revenge against those who involved him in an investigation.

Javier Bardem and Penelope Cruz in a family drama set in a small town in Spain.

Salvatore Esposito and Greta Scarano in a romantic comedy. A criminal commissioned by a boss to run a restaurant will find other ways thanks to a very spirited chef.

Mel Gibson in an action. An inmate seeks escape from a prison along with a captive child.

Film adaptation of the famous novel from which a cartoon was then taken.

Sam Mendes’ war masterpiece with Benedict Cumberbatch and a great cast. Two British soldiers have to carry a message across enemy lines.

A troubled African-American family agrees to take refuge in the neighbors’ bunker but it turns out to be a bad choice.

A rabbit breeder decides not to bow to the demands of the Camorra to give a moral example to his son.

Nino Frassica and Emilio Solfrizzi in a comedy. Three scions of the New York underworld are sent to Sicily to take lessons in organized crime.

Television program that deals with the main issues of politics with guests and insights.

A Finnish terrorist group wants to carry out an attack on the president on independence day.

Yet another episode of the well-known American series that follows the lives of some doctors and their sentimental evolutions.

Salvatore Esposito and Marco D’Amore in one of the most famous Italian TV series of recent years.

The restaurateur Francesco Panella goes to the discovery of Italian restaurants around the world.