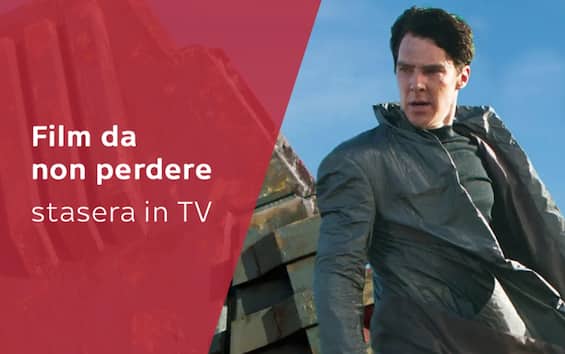 Benicio del Toro is the boss of drug trafficking in Andrea Di Stefano’s first work. An American surfer falls in love with Pablo Escobar’s niece and ends up in a whirlwind of violence.

Oscar, Golden Globe and Coppa Volpi in Venice for Helen Mirren, superlative in the role of Elizabeth II.

The wind of forgiveness, 9.00 pm on Sky Cinema Drama

Master of the Year, 9.00 pm on Sky Cinema Family

Each year at the Fallbrook school there is a competition for the title of teacher of the year. A professor wants to settle scores with a grumpy opponent.

Choral comedy by Francesco Marioni with Matilde Gioli and Silvia D’Amico. Relationships between family members over 15 years show the fickleness of true love.

Shocked by the death of his girlfriend, killed in an attack by some Islamic terrorists, a student has revenge as his only reason for living.

An Oscar for action by Clint Eastwood with Bradley Cooper and Sienna Miller. An infallible sniper who has become a legend in Iraq returns to America and faces the aftermath of the war.

Captain Kirk loses command of the Enterprise and is separated from his first officer Spock. The arrival of an unexpected threat will force the fleet to put him back in his place.

The Mothman Prophecies – Voices from the Shadows, 9:00 pm on Sky Cinema Suspense

Richard Gere in a paranormal thriller. A widowed reporter investigates the mysterious apparitions of a frightening creature occurring in the town of Point Pleasant.

The great music awards are back with one of the main events in the Italian music scene. Live from the Arena di Verona, the second evening of the TIM Music Awards 2022.

The investigations of the FBI special team between terrorist threats, criminals and murders to be solved.

The investigation program signed by Rai3 which draws attention to the environment, animals, sustainable food models and the damage to the exploitation system.

A FedEx systems analyst finds himself shipwrecked on a completely deserted island, which will put him to the test, physically and psychologically.

Two families, the Castelvecchio and the Petagna, clash with each other after the two fathers discovered their homosexuality and fell in love.

The film between film and animation that brings the world of video games and Sonic to the big screen.

The documentary that retraces minute by minute what happened on the morning of September 11 21 years ago.

The adventures of a robot, which day after day develops within itself emotions, thoughts and thinking skills. A journey into what transforms a robot into a human being.

Journalist Pino Rinaldi, with the help of three experts, will enter the minds of criminals to unmask their every lie.