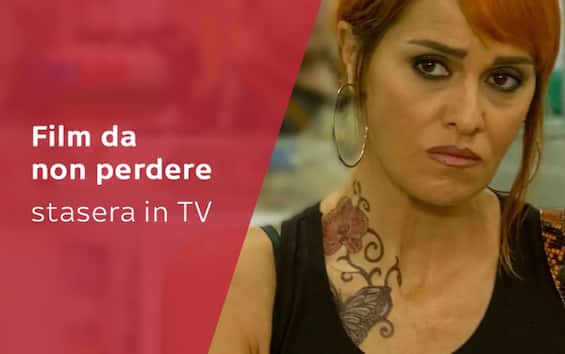 Like a cat on the ring road, 9.15 pm on Sky Cinema Collection

Paola Cortellesi and Antonio Albanese in an ironic romantic comedy. An intellectual and a cashier team up to interrupt the love story between their respective teenage children.

Will you introduce me to yours ?, at 21:00 Sky Cinema Comedy

Ben Stiller, Robert De Niro, Dustin Hoffman and Barbra Streisand in the sequel to ‘Meet the Parents’. The meeting between consuoceri will give life to an avalanche of gags and double meanings.

Matthew McConaughey and Gugu Mbatha-Raw in a historical drama. American Civil War: a farmer rebels against the abuses of the Confederate army and creates an independent state.

Emma Mackey in a thriller in the Irish countryside. A strange shell found in the waters of a lake allows the lonely teenager Tom to discover the secrets of his neighbors.

Ben Affleck vs. Samuel L. Jackson in a no-holds-barred thriller. A banal collision between a lawyer and a former alcoholic family man unleashes the anger of both.

Beautiful creatures – The sixteenth moon, at 21:00 on Sky Cinema Family

Emma Thompson and Jeremy Irons in a romantic fantasy. Poised between Good and Evil, the fate of two teenagers in love is tied around a dark secret.

The investigations of Lolita Lobosco, at 21:25 on Rai 1

First season of the fiction with Luisa Ranieri. Episode 1×3, Spaghetti to the Killer.

Information and politics in the journalistic analysis of the second Rai channel.

Journey to Florence with Corrado Augias to discover its secrets and stories.