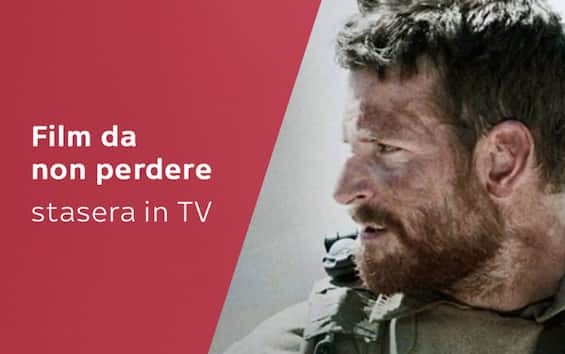 The true story of unconditional love. Abandoned at the airport, a dog named Palma befriends Nicholas, a nine-year-old boy who has lost his mother and an absent pilot father.

Ferzan Ozpetek sets a suggestive story against the backdrop of the Ottoman Empire. An odalisque of Italian origins asks the eunuch Nadir for help to become the sultan’s favorite.

Intense film with Willem Dafoe nominated for the Oscar 2018. In a suburban motel three children spend the summer between games and dreams, finding happiness even in decay.

Stefano Accorsi and Miriam Leone in a sentimental comedy. As a rehabilitation therapy, a compulsive liar and a short-tempered man will have to run a restaurant together.

1 Oscar for Clint Eastwood’s action with Bradley Cooper and Sienna Miller. An infallible sniper who has become a legend in Iraq returns to America and faces the aftermath of the war.

Female spy comedy with Mila Kunis and Kate McKinnon. Two friends find themselves at the center of an international intrigue, chased by a killer and an attractive secret agent.

6 Academy Awards for Denis Villeneuve’s sci-fi blockbuster with a cast of stars. On the planet Arrakis there is a feud between houses for the control of a precious resource.

The irresistible sequel to the trilogy that hit the box office. Gru is forced to return to action alongside agent Lucy Wilde to defeat the fearsome El Macho.

The epic final act of the blockbuster saga about vampires born from the pen of Stephenie Meyer, starring Kristen Stewart, Robert Pattinson and Taylor Lautner.

In Hetty’s secret archive, Callen retrieves the sheet of his psycho-aptitude tests he took as a child.

Camila Raznovich at the “Kilimanjaro” takes us to the most beautiful – and often unknown – places on the planet.

Coppa Italia – First round – Live from the U-Power Stadium, the Brianza of Mr. Stroppa, newly promoted to Serie A, face the Giallazzurri.

Miss Marple is an elderly, single woman who likes to call herself an “observer of human nature”.

Teresa Mannino tells with irony that the path that has led her to be what she is distinguishes her.