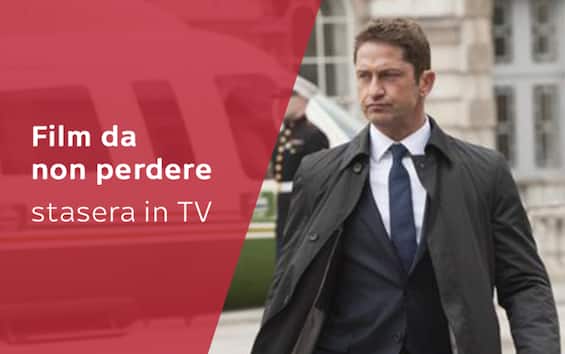 When Tong Po kills Kurt Sloane’s brother in a fight in Thailand, the man travels to the Asian country to learn the art of Muay Thai. With Jean-Claude Van Damme.

Former CIA agent Peter Devereaux returns to duty to try to indict Federov, a corrupt politician responsible for some of the crimes committed during the Chechnya war.

1998 semi-biographical tragicomic film starring Robin Williams and Philip Seymour Hoffman. The young Patch Adams, after being admitted to a psychiatric hospital where he has noticed the great lack of interest in patients, decides to enroll in medicine and change things.

By Paolo Virzì, with Sergio Castellitto and Margherita Buy. Caterina is a thirteen-year-old girl forced to leave Montalto di Castro, where she was born to move with her parents to Rome.

When a father9:00 pm on Sky Cinema Drama

Dane Jensen is a Chicago-based headhunter who works late every day to ensure his wife and three children have the standard of living they want. However, when the eldest falls ill with acute lymphoblastic leukemia, Dane will have to choose who and what to prioritize.

1992 film directed and starring Clint Eastwood, winner of the Academy Award for Best Picture 1993. An elderly gunslinger, his former partner and a young adventurer go after some men.

A New York journalist plunges into a maelstrom of deadly peril when an attractive stranger seduces him and convinces him to investigate her husband’s murder.

The Rectory is in turmoil: the Pope has proposed to Don Matteo to become a Cardinal.

Paolo Mieli comments on the last 11 months of fighting that after the Normandy landings will still be needed by the Allies to defeat Hitler and win the Second World War in Europe.

A special FBI team is tasked with capturing the most wanted criminals and terrorists in the United States, who pose a serious threat to national security.

Comedy. A trivial coincidence, a distraction that can happen to anyone, generates consequences that upset the life of an entire family.

Nick Cassidy, a NYPD officer, was sentenced to 25 years in prison for stealing a diamond. One day he manages to escape to try to prove his innocence to him.