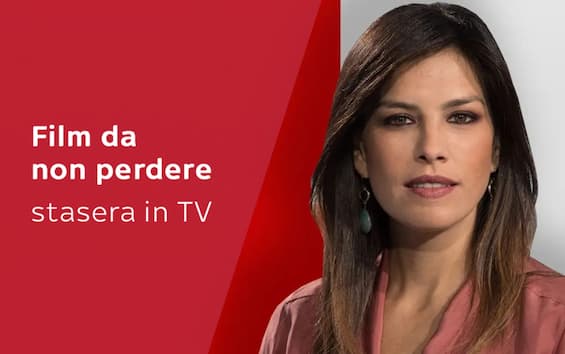 Beyond the rules – The Messenger, 9.15 pm on Sky Cinema Due

Ben Foster and Woody Harrelson in a touching Berlin award-winning story. An American officer, charged with informing the families of those killed in Iraq, falls in love with a widow.

Teresa Palmer plays Michelle Payne, the first and only female jockey to win the Melbourne Cup, in a biopic with Sam Neill. A story of failure, tenacity and incredible successes.

The island of couples, 9.00 pm on Sky Cinema Romance

Waiting for the king, 9.00 pm on Sky Cinema Drama

Tom Hanks in a Tom Tykwer film. An American businessman reacts to the economic crisis by trying to sell a futuristic teleconferencing system to the Saudi government.

Ironic comedy about Italy today with Pietro Sermonti, Nino Frassica and Lucia Ocone. A diction teacher saves the life of a student who belongs to a criminal family.

A group of archaeologists are digging among some ruins of the Dordogne to unearth a 14th-century castle, when the university professor at the head of the project is thrown on a journey back in time.

Third appearance of the monster of the seas, in a water park in Florida, with Dennis Quaid and Lea Thompson. A female shark whose cub is killed unleashes its killing spree.

Adventurous friendship between a twelve-year-old girl and a pack of wolves. While on a hike, Kim falls into a wolf cub’s lair that poachers are chasing.

Oscar for the script for Roman Polanski’s thriller masterpiece with Jack Nicholson and the disturbing Faye Dunaway.

Laura, a career lawyer, returns to her family’s places to persuade Chip, a teenage friend, to take over the company she works for.

Enrico Brignano entertains the public with a variety show: monologues, music and fun, to laugh and offer ideas on customs and current events.

Filorosso is proposed as a space for in-depth study and understanding of the salient facts that will unfold throughout the summer.

A woman decides to use a detective agency found on the Internet because her mother was killed on her birthday.

Giovanna is a modest and boring woman, who divides herself between her work at the Ministry and her daughter Martina’s school commitments.

The most famous artists of Italian and international music perform in the Italian summer music festival.

Winter is Coming – A solar eclipse causes an icy storm on Earth.

The world of replicants, 21:25 hours on Nove

In the not too distant future, humans will be able to use robotic surrogates to interact with reality.