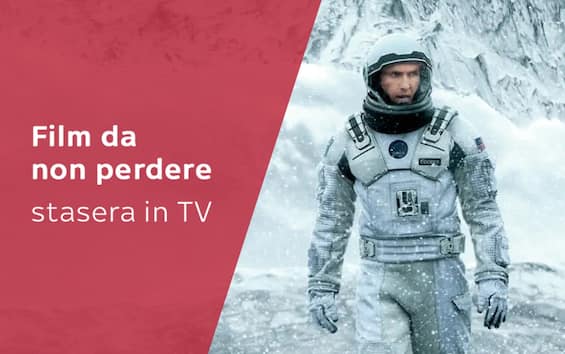 Goodbye Leonora, at 2115 on Sky Cinema Due

Paolo Taviani pays homage to Pirandello in an award-winning film in Berlin. After the writer’s death, a municipal emissary embarks on a journey from Rome to Agrigento to transport his ashes.

Tsatsiki and the war of the olives, 9.00 pm on Sky Cinema Family

Adventurous comedy about friendship and the strength to never give up. The small but brave Tsatsiki, in Greece for the holidays, wants to prevent the closure of his father’s hotel.

Choral comedy about love for dogs. In Los Angeles, the stories of a group of characters intertwine who, thanks to their trusty four-legged friends, learn to live and love.

Spy-thriller with Clive Owen and Gillian Anderson. Ireland, 1990s: captured by the secret services, an IRA militant can regain her freedom by revealing the moves of her comrades.

Sam Claflin and Timothy Spall in a thriller set in London. After nine years in prison, ex-boxer Liam only longs for a peaceful life, but falls into the net of a corrupt entrepreneur.

Action written by Luc Besson, starring Oscar winner JK Simmons. During the Bosnian War, a team of Navy Seals must recover a treasure buried at the bottom of a lake.

Two young 18-year-old students, apparently the opposite, find themselves in America during a study vacation. They get married in Las Vegas and then they lose sight of each other.

Unusual program where twelve VIPs will undress for charity, against breast cancer and prostate cancer.

Bianca Berlinguer conducts the political analysis on Tuesday with many guests in the studio ..

Debates on the most important social, political and current issues, led by the journalist Mario Giordano.

Group stage of the most important European club competition.

Second chapter of the trilogy that tells the passionate love story between Anastasia Steele and the billionaire Christian Gray.

Colombians during a murder investigation.

New episode of the reality adventure of the vip set in the Middle East.

International intrigues and high-altitude espionage on the American presidential flight from Moscow to the United States.