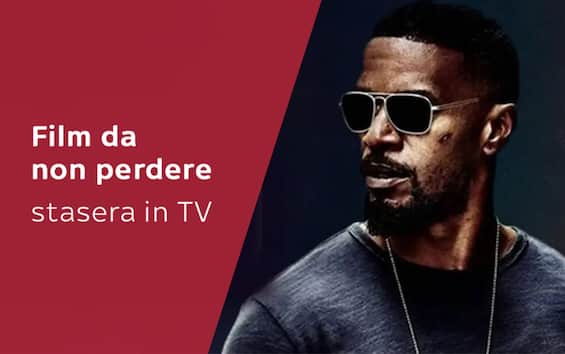 Mel Gibson and Helen Hunt in a comedy. A man fortuitously acquires the ability to read women’s minds.

You only live once, 9.15pm on Sky Cinema Collection

Carlo Verdone, Rocco Papaleo, Max Tortora and Anna Foglietta in a comedy. After a cruel diagnosis for one of them, four doctors leave for a vacation.

Miley Cyrus and Demi Moore in a comedy. A daughter and a mother with a difficult relationship join together to help the former win a boy.

Brad Pitt and Anthony Hopkins in an intense film set in the America of the Great War.

Elio Germano awarded as best actor in Cannes in this film by Daniele Luchetti.

Jamie Foxx is a cop who gets hold of a drug lot, unleashing the fury of the criminals.

Film that tells the fictionalized chronicle of a Navy Seals team that works to avoid a terrorist plot against the United States.

Sam Mendes’ war masterpiece with Benedict Cumberbatch and a great cast. Two British soldiers have to carry a message across enemy lines.

Nicolas Cage and Joaquin Phoenix in a Joel Schumacher thriller. A murder investigation transports a detective to the brutal world of snuff movies.

The United States against Billie Holiday, 9.15 pm on Sky Cinema Due

Biopic about Lee Daniels and the fight against the government for a song considered subversive.

Giampaolo Morelli and Andrea Delogu in a comedy. A couple returns to Nevada to cancel their 18-year-old wedding.

A reality that involves some young people, transported back in time to a boarding school where they will have to live and interact.

Topical container with Bianca Berlinguer in charge. We talk about politics and social issues.

Topical format conducted by Mario Giordano in which the main themes of the country are analyzed.

Michael B. Jordan and Jamie Foxx in a biopic. An African American lawyer chooses to defend black people who receive unfair sentences.

Giovanni Floris to conduct this political talk, in which the current situation of the Italian situation is treated.

New edition of the reality show in which some VIP couples travel the world.