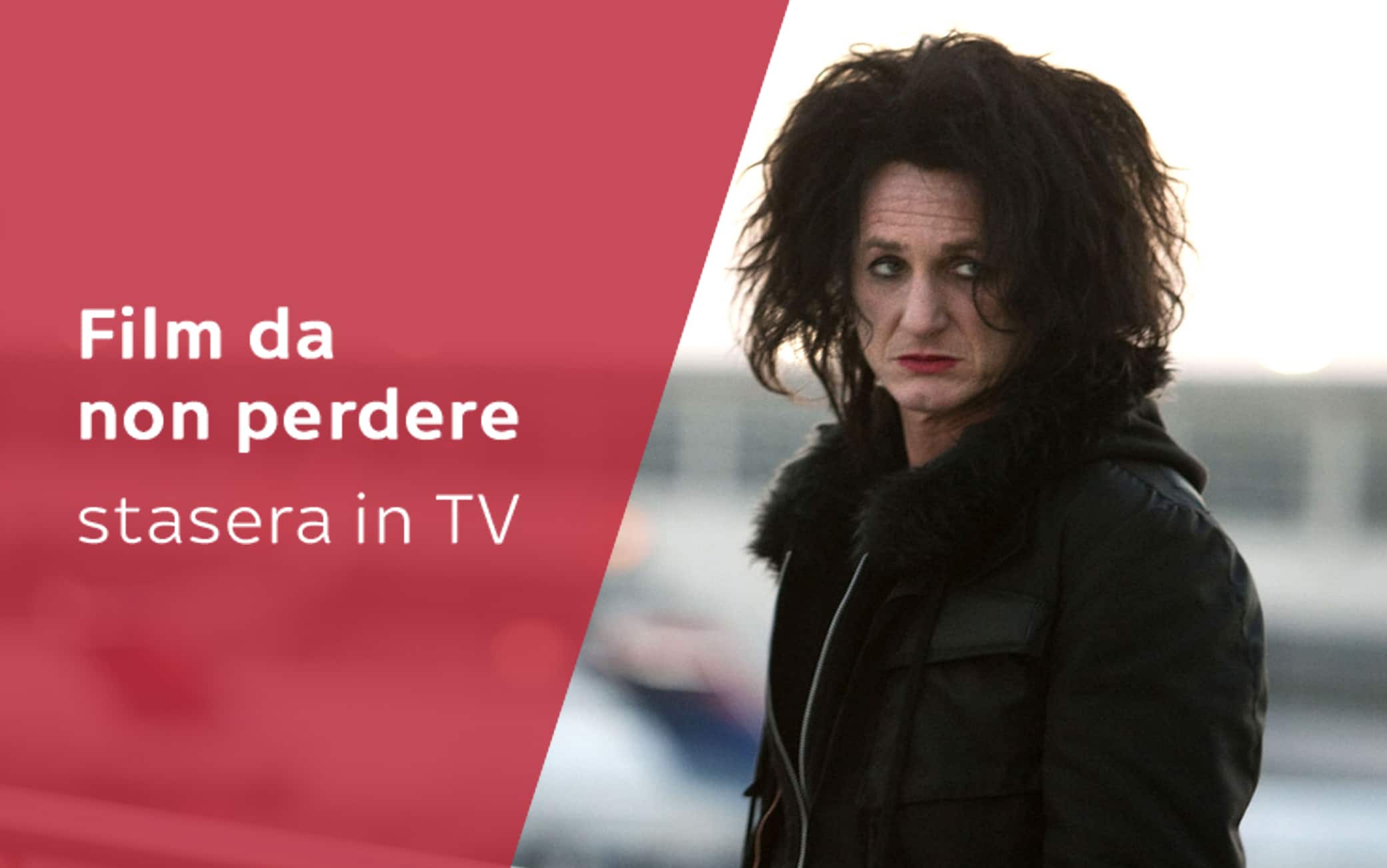 Alec Baldwin and Sienna Miller in a thriller. A successful actress kills her abusive boyfriend in self-defense and hides his body.

Karl Urban and James Marsden in a film with murky edges. In an apartment that five men use for their escapades, a woman is found dead.

Sean Penn in a film by Paolo Sorrentino. A former rock star searches for the man who humiliated his father in a death camp.

Drama with Cara Delevigne, Cuba Gooding Jr. and Jaden Smith. When he finds out that his girlfriend is dying, a guy decides to give her a year full of adventures.

Julia Roberts and Mark Ruffalo in a drama set in 1981, at the time of AIDS awareness.

Margot Robbie and Chris Pine in a dramatic film. Two men and a girl discover they are the only survivors of a nuclear cataclysm.

An armchair for two, 9.15 pm on Sky Cinema Collection

A boss in the living room, 9.00 pm on Sky Cinema Comedy

Paola Cortellesi and Rocco Papaleo in a comedy in which a sister has to welcome her brother, a boss, for house arrest.

Sandra Bullock in a political comedy. A candidate for the presidency of Bolivia decides to rely on an American staff.

A Muslim child throws a stone by breaking the glass of a school. A discussion will arise between various protagonists.

Vin Diesel is a mercenary charged with escorting a mysterious girl to New York.

Moonacre – The secrets of the last moon, 9.00 pm on Sky Cinema Family

A 13-year-old moves to her uncle’s house and ends up having a magical adventure.

Film inspired by the true story of a hockey champion trapped on a mountain.

Daniel Craig in a film set during the Second World War. The courage of 3 brothers will allow the salvation of hundreds of lives.

The story of a Colombian family between the seventies and eighties.

Claudio Santamaria directed by Gabriele Salvatores. A singer finds his autistic son he never met and leaves with him on the road.

Second season of the series with Carolina Crescentini set in the juvenile prison of Nisida.

Federica Sciarelli leads the program that deals with finding missing people and analyzing some disappearances.

Tomorrowland – The world of tomorrow, 9:22 pm on Italia 1

George Clooney in a thrilling Disney film set in an enigmatic place.

New edition of the most famous musical talent show in the world, with Ludovico Tersigni running.