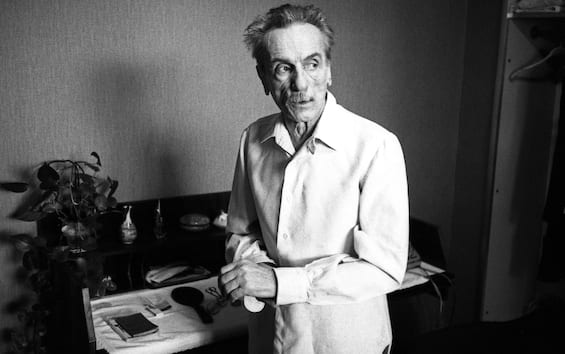 Filumena Marturanus is a famous theatrical comedy in three acts written in 1946 by Eduardo De Filippo and included by the author in the collection Cantata of Odd Days. It is one of Eduardo’s most famous works, appreciated by the public and critics. Filumena Marturanus also arrives on TV with a film broadcast on December 20 on Rai 1, starring Vanessa Scalera and Massimiliano Gallo. But what is Filumena Marturano talking about?

Filumena Marturano, the plot of the piéce (from which the film was based)

Set in Naples, the story centers on Filumena, a mature woman with a past as a prostitute, who for twenty-five years was the kept girl of Don Domenico (Mimì) Soriano, a rich Neapolitan pastry chef and his longtime client. In fact, Filumena administers his property and house like a real wife. To force don Mimì to marry and to abandon his dissolute conduct, Filumena pretends to be dying, involving in the deception a doctor and the priest who will celebrate the marriage “in articulo mortis” with Domenico who, believing her to be dying, marries her with the prospect of a brief relationship. Meanwhile, the man enters into a relationship with a young woman, Diana. When Mimì discovers the deception, Filumena admits everything: she tells him that she has three children, the result of an oath made to the Madonna delle Rose not to have an abortion and that she has given up on changing her life with another man who would have married her. Soriano still wants the annulment, but everything changes again when Filumena reveals to him that one of the three children he has had is hisconceived when she was still a prostitute.

In the Rai film, the story of Filumena Marturano has not been changed, except for a few small details. “We have decided to work on the emotional spheres and psychology of the characters. Something has been changed and adapted without distorting anything. Filumena represents stubbornness, fragility, tenderness” declared the director, Francis Amato. “I confess I was a little afraid at the beginning – admitted the protagonist, Vanessa Scalera – but as soon as I arrived on the set I thought that I shouldn’t have to think about the others, Filumena, she would have been mine, and I hope in the future many young actresses will continue to try their hand at this character, Eduardo belongs to everyone”.