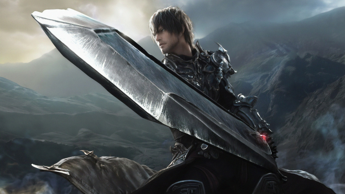 The game is expected in the summer of next year, the release date will be revealed shortly

Final Fantasy XVI, which is scheduled for release in the summer of 2023, will remain a PlayStation 5 exclusive for at least six months. The publisher Square Enix announced it directly talking about the game, certainly the most anticipated title among the upcoming RPG releases. Recently the publisher released a new trailer for the game that shows the settings of the fantasy epic. “I am delighted to announce that our new trailer, Ambition, is now available,” said Naoki Yoshida, Producer. “Rather than focusing on the action as in our previous trailer, this time we wanted to take a more detailed look at the setting of Final Fantasy XVI and its rich cast of characters, and the Dominants in particular.”


Final Fantasy XVI transports players to the realm of Valisthea, where Eikons are powerful lethal creatures encased in a Dominant, a man or a woman capable of summoning their terrible power. This world was created by a development team that includes Kazutoyo Maehiro (Creative Director & Original Screenplay), Michael-Christopher Koji Fox (Localization Director) and more. The story follows Clive Rosfield, a young man determined to master the art of the sword, who is named Rosaria’s First Shield. He therefore has the task of protecting Joshua, his younger brother and Dominant of the Phoenix. Unexpected events lead Clive down a dark and dangerous road to seek revenge.